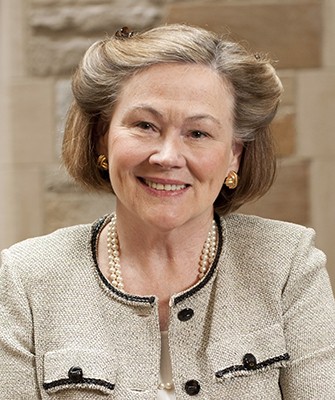 Alicia H. Munnell is one of the nation's leading experts in retirement policy, 401(k)s, public pensions, and Social Security issues. She has published many articles and edited several volumes on tax policy, Social Security, public and private pensions, and productivity. Professor Munnell is the author or co-author of 22 books, including: Falling Short: The Coming Retirement Crisis and What To Do About It (Oxford University Press, 2014); State and Local Pensions: What Now? (Brookings Institution Press, 2012); Working Longer: The Solution to the Retirement Income Challenge (Brookings Institution Press, 2008); Social Security and the Stock Market: How the Pursuit of Market Magic Shapes the System (W.E. Upjohn, 2006); and Coming Up Short: The Challenge of 401(k) Plans (Brookings Institution Press, 2004). Before joining Boston College, Munnell was a member of the President’s Council of Economic Advisers and assistant secretary of the Treasury for economic policy. Previously, she spent 20 years at the Federal Reserve Bank of Boston, where she became senior vice president and director of research. Munnell chaired a Blue Ribbon Panel in 2009 on reforming the Massachusetts pension system that helped influence subsequent policy changes. In 2015, she chaired the Social Security Advisory Board’s Technical Panel on Assumptions and Methods. Professor Munnell was co-founder and first president of the National Academy of Social Insurance and is currently a member of the American Academy of Arts and Sciences, the Pension Research Council, and the Institute of Medicine, and a board member of The Century Foundation, the National Bureau of Economic Research, and the Pension Rights Center.  In 2009, she received the Robert M. Ball Award for Outstanding Achievements in Social Insurance from the National Academy of Social Insurance.