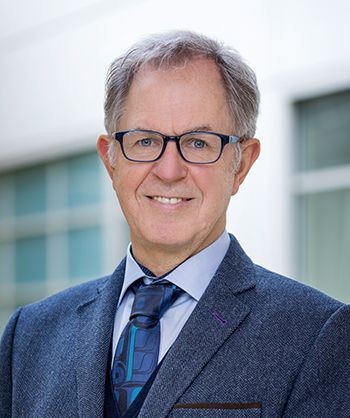 Andy Hargreaves serves as adviser in education to the Premier of Ontario and the First Minister of Scotland, is President-Elect of the International Congress for School Effectiveness and Improvement, and is ranked by Education Week in the top #10 scholars with most influence on US education policy debate. He is the founder of the Atlantic Rim Collaboratory – a group of states and national leaders in two states, one Canadian province and five countries that promotes excellence, equity, inclusion, democracy and human rights in professionally run school systems (www.atrico.org).

In July of 2016, Hargreaves was one of the two Americans on an international panel appointed to overhaul Scotland’s education system. Hargreaves has delivered invited addresses and provided staff development in over 40 U.S. states, 50 countries and all Australian states and Canadian provinces. He is the founding editor of two scholarly journals, the leading editor of the First and Second International Handbooks of Educational Change, and founding Chair of the Educational Change Special Interest Group at the American Educational Research Association. Hargreaves is the author of more than 30 books; several of which have received Outstanding Writing Awards including the prestigious $100,000 Grawemeyer Award in Education for 2015 for Professional Capital, with Michael Fullan.

Hargreaves consults with and addresses international organizations such as the OECD (Organisation for Economic Co-operation and Development) and the World Bank and has worked with governments and professional associations all over the world. His most recent book is Uplifting Leadership (with Alan Boyle and Alma Harris; Wiley Business, 2014).