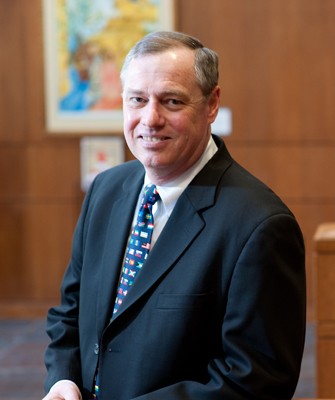 David A. Wirth's specialties are public international law and international environmental law. The author of more than fifty articles and reports on international environmental law and policy, Wirth’s expertise has appeared in numerous highly respected journals, including the Yale Law Journal, Columbia Law Review, Virginia Law Review, Foreign Policy, and the American Journal of International Law. Professor Wirth is co-author of major new editions of one of the principal legal texts on environmental law. A life member of the Council on Foreign Relations, Professor Wirth has served on advisory boards to the Environmental Protection Agency and the European Bank for Reconstruction and Development. He has been a consultant to the United Nations Development Program, the United Nations Environment Program, the North American Commission for Environmental Cooperation, the C.S. Mott Foundation, the German Marshall Fund of the United States, and the Belgian State Secretary for Energy and Sustainable Development.

Prior to moving to academia, Professor Wirth was Senior Attorney and Co-Director of the International Program at the Washington, D.C. office of the Natural Resources Defense Council (NRDC), where he worked on the environmental reform of World Bank and regional development banks, the “greenhouse” effect, Soviet and eastern European environmental issues, stratospheric ozone depletion, and exports of hazardous substances. Professor Wirth has also been Attorney-Adviser for Oceans and International Environmental and Scientific Affairs in the Office of the Legal Adviser of the U.S. Department of State in Washington, D.C.  In his positions at the Department of State and NRDC, Professor Wirth has had extensive experience in multilateral negotiations under the auspices of the United Nations Environment Program, the Organization for Economic Cooperation and Development, the UN Economic Commission for Europe, and other international organizations.