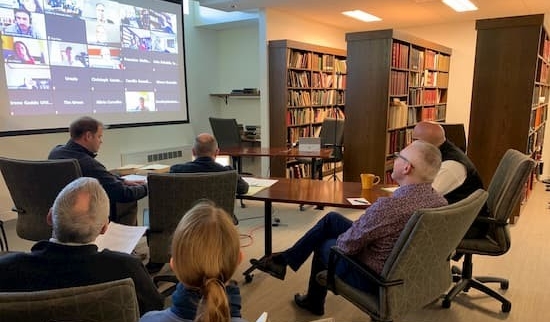 The Institute for Advanced Jesuit Studies and its collaborating partners at the University of Lisbon and the Italian German Historical Institute, invite you to join informal conversations with the world's preeminent scholars working on the history, spirituality, and educational heritage of the Society of Jesus. These discussions – hosted at the Institute over coffee and also available via Zoom videoconference – are unique opportunities to learn more about the newest and most interesting scholarship in Jesuit Studies.

If you would like to attend a café via videoconference, please register, and you will receive information on how to access the online meeting space 24 hours before the discussion. Please contact the Institute with any questions or if you wish to join or lead a café in the future (iajs@bc.edu).

Francis X. Clooney, S.J., Parkman Professor of Divinity at Harvard University, is a scholar of classical theological texts in the Sanskrit and Tamil traditions of Hinduism, and a pioneer in the field of Catholic comparative theology. But in the course of his nearly 50 years of visits to India for teaching, study, and research, he has explored instances of the work of Jesuit scholars from the West — from Roberto de Nobili to the famed Calcutta Indologists of the early 20th century — who encountered Hindu traditions in some depth. As both a Jesuit and an Indologist, his goal has been to look deeply into these Jesuit accomplishments, but also into the Hindu materials studied, to assess the successes and limitations of this distinctive Jesuit scholarship. In 2020 he published in the Brill Jesuit Studies series the volume entitled Western Jesuit Scholars in India, which collects in one place 15 of his pertinent essays and book chapters, from the 1980s to 2016. In this Café, he will propose several main insights he has gleaned in his decades of study, with an eye also to what this tells us about the nature of Jesuit scholarship more generally in today’s increasingly pluralistic world.

This Jesuit Café provides a forum for exploring the new collection of essays encompassing the worldwide papal suppression of the Society of Jesus in 1773 and subsequent restoration in 1814. The volume, La Compagnie de Jésus des Anciens Régimes au Monde Contemporain (XVIIIe-XXe siècles), is edited by Pierre-Antoine Fabre, Patrick Goujon SJ and Martín Morales SJ, and is the result of a collaboration between three institutions in Rome: co-publishers Institutum Historicum Societatis Iesu (IHSI, at ARSI) and the École française de Rome, as well as the Pontifical Gregorian University, where, in 2014, the essays were first presented at a conference to mark the bicentenary year of the Society’s restoration.

Camilla Russell, the publications editor of IHSI, will take us through the main contents, themes, and historiographical questions raised by this large multi-lingual volume of thirty-seven essays, which cover a wide geographical, chronological, and disciplinary terrain. The aim of this Café, additionally, is to stimulate discussion of the main historiographical frame in which this book appears – that of the New Society – to explore together the current directions that this publication points to in Jesuit historical studies today.

The age of exploration encouraged the production of a set of creative and experimental histories of the world. Their composition responded to the challenge that the interaction with cultures and societies around the globe posed to traditional knowledge about the past. Some of these works, nonetheless, aroused suspicion for their narratives clashed with the official justification of overseas empires and missions of evangelization. As the Jesuit father Antonio Possevino remarked in his bibliography of historical writings about all the peoples of the world, published in Venice at the end of the sixteenth century, “those who have encompassed the events of our age with an almost universal history can be found in no small number”, but not all of them “should be easily approved”. At a time when the corpus of histories of the world was rapidly growing, Jesuit authors stand out for their absence from Possevino’s selection.

Building on his recent book The Globe on Paper: Writing Histories of the World in Renaissance Europe and the Americas, Giuseppe Marcocci, Associate Professor in Iberian History at the University of Oxford, will discuss the reasons for which there were no Renaissance histories of the world written by Jesuits. His focus will be on successful works by Jesuit authors that were often used as sources of information by contemporary world historians but were not histories of the world themselves, such as Giampietro Maffei’s Histories of the Indies (1588) and José de Acosta’s Moral and Natural History of the Indies (1590). The particular place that the Universal Relations (1591-1596) by the former Jesuit, Giovanni Botero, had in this context will also be considered. Ultimately, the aim of this Café is to explore the relationship between Jesuit mission and historiography in the early modern world.

Since their foundation in 1540, and well after their first suppression by pope Clement XIV in 1773, Jesuits were key actors in the intertwined goals of the competing Catholic empires: colonization and evangelization. Both goals implied a momentous effort in collecting, producing, and transmitting knowledge to which the Jesuits contributed in several regions of the globe.

The peculiar place of Jesuits in the historiography of early modern science and empires have been established for more than a century, as scholarly interest in Jesuit science has been fueled by the Society itself for a very long time. Recently, it has grown into a full-fledged subfield of research in global perspectives. This presentation seeks to outline some trends in recent historiography, while highlighting a few underlying ambivalences in the ways scholars of different disciplines have dealt with the topic over time.

It suggest that one productive approach for revisiting the place of Jesuits in doing science in the early modern world is a situational approach; that is, looking at Jesuits within intra- and trans-imperial configurations and interconnected structures of governance. Such an approach might help avoid the pitfalls of treating science, empire, and the Jesuits as obvious and unitary entities conjoined with one another, as is still common in both the history of science and global history.

Department for the History and Philosophy of Science
Faculty of Sciences, University of Lisbon 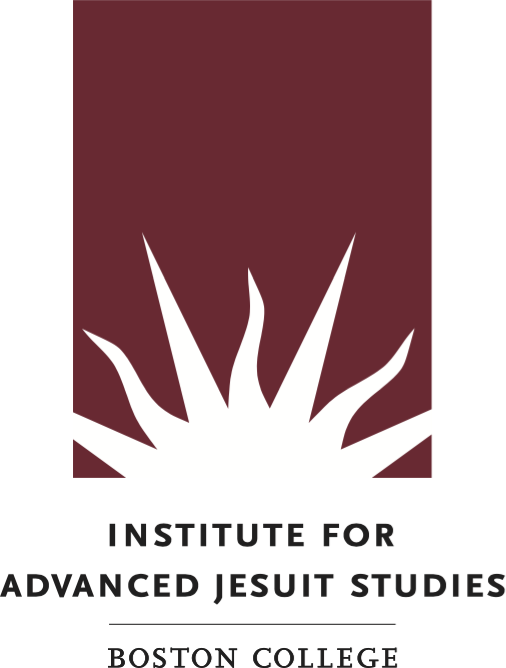