Encounters Between Jesuits and Protestants in Asia and the Americas 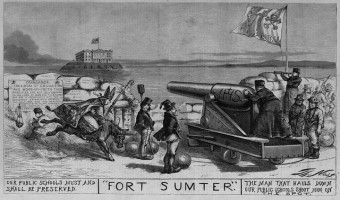 The approaching 500th anniversary of the Protestant Reformation (1517) provides an ideal opportunity to reflect in a deeper and new way on the history of the relationship between the Protestants and the Jesuits who were founded twenty-three years later (1540). For better or worse, much ink has been used to write about their animosity, especially in the European context. While this important historical chapter will be explored in other venues, the international symposium at Boston College aims to re-examine the encounters between the Jesuits and the Protestants and their respective traditions in the context of Asia and the Americas.

Supported by the Catholic monarchies of Portugal, Spain, and France, the Jesuit order played a significant role in bringing Christianity and European culture, sciences, and the arts to Asia and the Americas from the sixteenth through to the late eighteenth century, when a Franciscan pope suppressed the Jesuits. After the restoration of the order by another pope (1814), the Jesuits returned to several Asian and American countries at various historical moments, and they found more Protestant missionaries than they left a few decades earlier. Indeed, the latter intensified their missionary efforts through the nineteenth and twentieth centuries with the rise of the imperial powers of Great Britain, France, and the US in those regions. This historical development lends itself to an obvious comparison between the Jesuit and Protestant methods of presenting Christianity to Asian and American societies.

In spite of the variety of missionary methods within the Society of Jesus itself, accommodation became a trademark of Jesuit missions. Knowing that charges of syncretism were a mainstay of Protestant anti-Jesuit polemic, a question that comes to mind, then, is what was the extent to which the generations of Protestant missionaries in Asia and the Americas adopted more traditional Jesuit approaches to cultural accommodation. What were their approaches to studying and codifying local languages, to transmitting Western science? What was the relationship between missionaries and political/commercial elites on both sides of the confessional divide? When the Jesuits themselves began rebuilding their missions after the restoration? Did they continue their pre-suppression traditions?

The relationship between the Society of Jesus and Protestants in the Americas also requires more inquiry. Did Jesuits and Protestants interact in the American setting, and how? Did the encounter with Protestantism and the Reformation affect the Jesuit approach to Native American peoples? In the Americas, the ambitious colonies of expansive European empires confronted each other through colliding religious visions, programs, and propaganda. The image of the Jesuit, so prominent in European confessional conflict, similarly inspired Catholics and provoked Protestants throughout the Americas. Did the patterns set by the Reformations have continued during the nineteenth and twentieth centuries? Following the restoration of the Society of Jesus in the nineteenth century, its members participated in missionary and educational projects throughout North America and the heavily Protestant United States. In the late twentieth century, Evangelical and Pentecostal missionaries led a sweeping Protestant revival throughout Catholic Latin America, changing a religious landscape that had endured for half a millennium. The questions to be asked of Jesuit and Protestant encounters in Asia and the Americas from the sixteenth century to the present are many; the answers, however, are few.