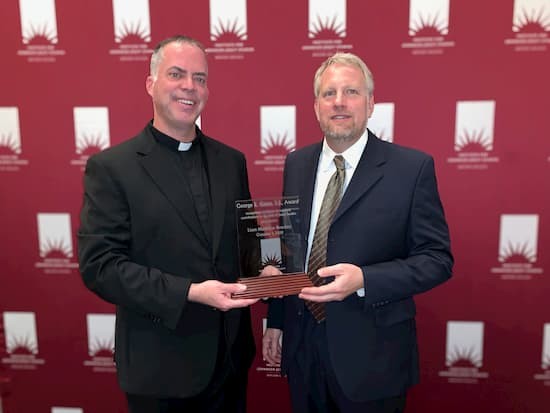 Liam Matthew Brockey is an historian of Early Modern Europe, and a specialist in the history of Roman Catholicism and the Society of Jesus. Educated at the University of Notre Dame and Brown University, he has written extensively on Jesuit missions in China, Japan, and India, as well as on the Portuguese empire. He is the author of two monographs, Journey to the East: The Jesuit Mission to China, 1579-1724 and The Visitor: André Palmeiro and the Jesuits in Asia, and many journal articles. Most recently he and Mónica Leal da Silva have published annotated translations of a selection of the sermons of António Vieira. Professor Brockey has also served as President of the American Catholic Historical Association, and was elected to the Academia Portuguesa da História.

The Institute presented Brockey with the George E. Ganss, S.J., Award in Jesuit Studies to recognize his significant scholarly contributions to the field.