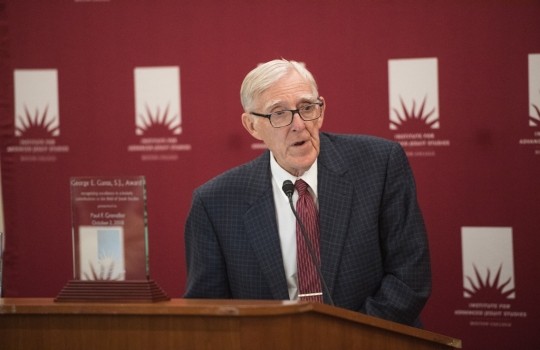 On October 2, 2018, Paul F. Grendler, Professor Emeritus in the History Department at the University of Toronto, delivered the fourth annual Feore Family Lecture on Jesuit Studies at Boston College.

Grendler was editor-in-chief of The Encyclopedia of the Renaissance (6 volumes, 1999), which won the Dartmouth Medal of the American Library Association and the Roland H. Bainton Prize.  He was also editor-in-chief of Renaissance: An Encyclopedia for Students (4 volumes, 2004). He has received fellowships from the Guggenheim Foundation, Villa I Tatti (The Harvard University Center for Italian Renaissance Studies), the Woodrow Wilson International Center, the National Humanities Center, the Social Sciences and Humanities Research Council of Canada, and other organizations. 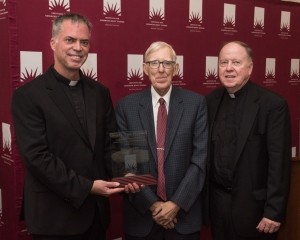 The Institute presented Professor Grendler with the George E. Ganss, S.J., Award in Jesuit Studies to recognize his significant scholarly contributions to the field.