New Book Argues for Indispensability of Education in Jesuit Spirituality 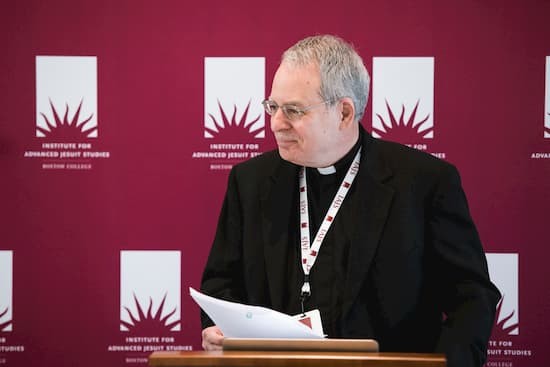 In a forthcoming book from Jesuit Sources, Institute Associate Editor Fr. Claude Pavur, S.J., seeks to renew the emphasis on education found in Ignatius’ vision for the Society. In the School of Ignatius: Studious Zeal and Devoted Learning is comprised of several overlapping essays, each providing a different take on the argument for renewing the Society’s dedication to a unique type of Christian schooling. This mission, says Pavur, is a cornerstone of Jesuit spirituality that largely has been shelved for the last fifty years, with dangerous consequences.

“The studies of the Society are integral to the spirituality of both Ignatius and the Society of Jesus,” Pavur explained. “You do not have Ignatius unless you have his idea of studies. …He wanted docta pietas—a learned devotion.” The principal aim of the book, he continued, is to “sharpen people’s idea of Jesuit education by looking carefully at the Ratio Studiorum and its importance.”

The Ratio Studiorum, published in 1599, outlined in detail the Jesuit approach to education. In the United States, however, the 1967 Land O’ Lakes statement marked a dramatic shift in principles of schooling. Some leading U.S. Catholic universities declared their academic autonomy from Church oversight. As a result, the earlier Jesuit investment in a meticulously organized curriculum has all but vanished.

“[Catholic universities] wanted to be like the universities of the day, to compete on the same ground that secular universities hold,” said Pavur. “[But] there’s great dissatisfaction with the formational side of college today—it’s become pre-professional. …They’re not looking so much to the formation of the person. What do the students need? It’s a spiritual formational project to teach undergraduates. This is not generally accepted as the explicit guiding intention in the secular Academy.”

The consequences of this loss of vision have spread not only through universities, but also through high schools and Jesuit formation. Among the more noticeable effects, says Pavur, is the abundance of electives. While a variety of subjects is not in itself in tension with Ignatian principles, today these courses often replace—rather than add to—a solid Catholic foundation. 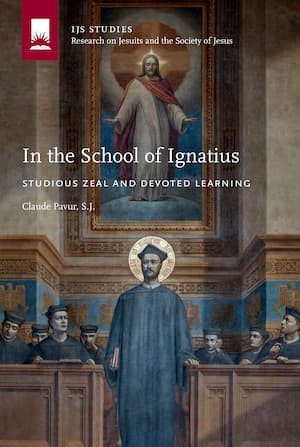 Though providing a traditionally rigorous, concentrated curriculum would be a “radical” feat in today’s world, Pavur believes the project is indispensable if the Society wants to remain faithful to Ignatius’ vision. “You cannot dismiss it,” he said. “For me, it is part of the Constitutions, it’s part of the foundation of the Society. I think we made a mistake 50 years ago when we said, ‘No, we can’t do it. It was for another time. We’ll just have general norms.’”

Pavur hopes that the book will spark reflection among educators of all levels and traditions, but particularly Jesuits and those in Jesuit schools who should be “the leaders of reform.” Still, the message can be helpful for non-religious teachers as well. “The very idea of the Ratio Studiorum,” he said, “is that it’s a plan of studies. You look at the whole curriculum and ask, ‘What organized plan serves the needs of the growing student in our situation?’ A secular person could take that and use it to address one of the complaints being made [in secular education]: too much choice, too many mixed signals, too little order and focus.”

At the heart of Pavur’s argument, however, is a Jesuit education that claims deep grounding in Ignatius’ vision, a vision studiously and scrupulously refined by the Society in the generations that followed him. Such an approach would blend studies and spiritual growth, feeding the mind and the soul at once under careful direction. This renewed Jesuit education would demand a significant attention to the Gospel.

“You cannot get by without having a mature encounter with the Christ of the Scriptures,” he concluded. “If we provided that for everyone, I would feel that the Society [was] fulfilling its mission to spread the Word. It’s not proselytizing, but nor is it academicizing—it’s in the middle. This is an essential part of our vision of what is true, what is ultimately true.”

In the School of Ignatius: Studious Zeal and Devoted Learning will be available from Jesuit Sources in September 2019.