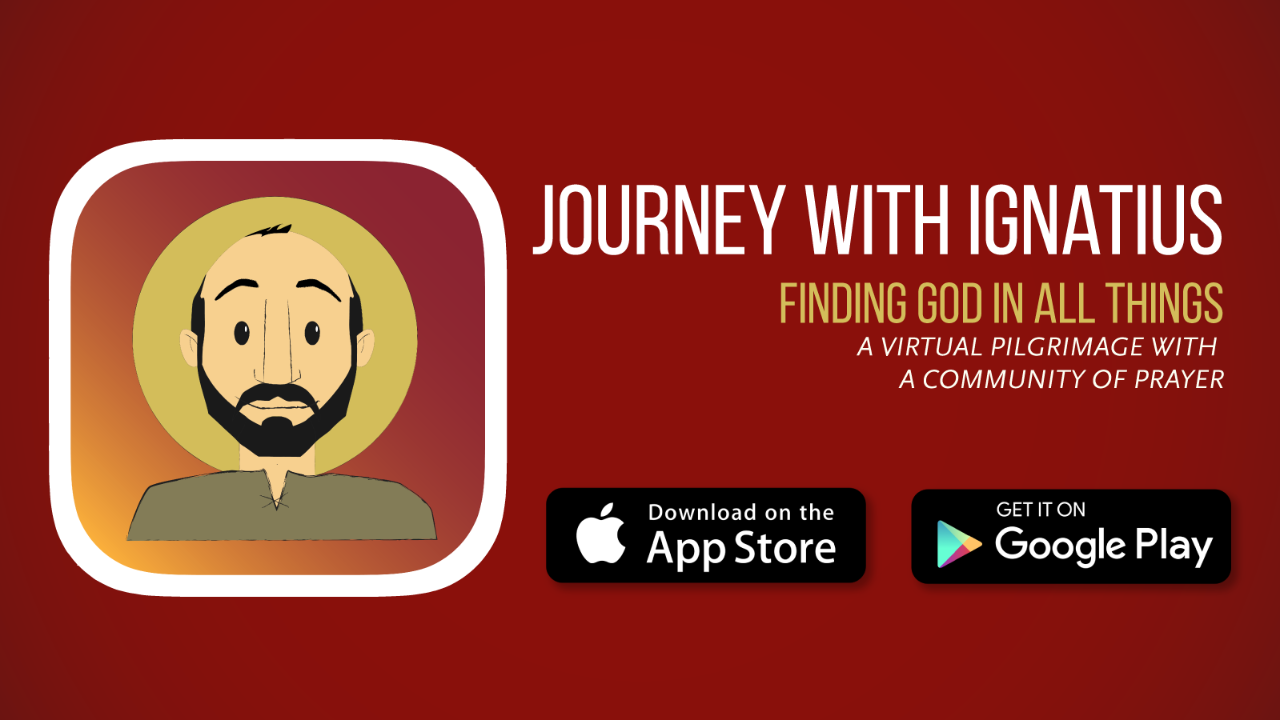 The Institute for Advanced Jesuit Studies announces the release of the enhanced Journey With Ignatius virtual pilgrimage app, available now as a free download for all iOS and Android devices.

At the beginning of the global pandemic, the Institute began to offer a variety of virtual programming, starting with a four-day virtual retreat, which drew nearly 1,000 participants.  Following this retreat, the Institute provided a 12-week retreat for hundreds of people from around the world, making use of one of its Jesuit Sources: Finding Christ in the World, and including a rich variety of supplemental digital content created by the Institute’s staff.

With continued interest in virtual programming, the Institute expanded its offerings in collaboration with the Roche Center for Catholic Education and The Church in the 21st Century (C21) Center. It developed a virtual pilgrimage app based on the life of Saint Ignatius Loyola, following his pilgrim journey from Loyola to Rome, which led to the founding of the Society of Jesus, the Jesuit Order, in 1540.  The app features a unique weekly location and an accompanying theme, both of which are introduced through videography and key excerpts from the biography and autobiography of St. Ignatius.  The app aims to facilitate users’ growth in mind, body, and soul by featuring daily readings from Jesuit Sources, a Sacred Scripture verse for daily prayer, and the tracking of participants’ steps.  There is also weekly content for further prayer and reflection, based on each week’s theme, including a community forum to share reflections and engage with and pray for other pilgrims from around the world.

The app was piloted for iOS devices in September 2020 and the response was overwhelmingly positive.  With over 6,100 downloads on iOS devices, the Institute moved to enhance the app and make it available on Android devices.

This robust update includes daily content from students of Jesuit and Cristo Rey high schools from around the world, an exciting new layout and design, relics that reflect Jesuitica which can be unlocked as the user progresses through the journey, and enhancements to the community forum.  The app was released in preparation for the Ignatian year. Journey with Ignatius is available on all iOS and Android devices.