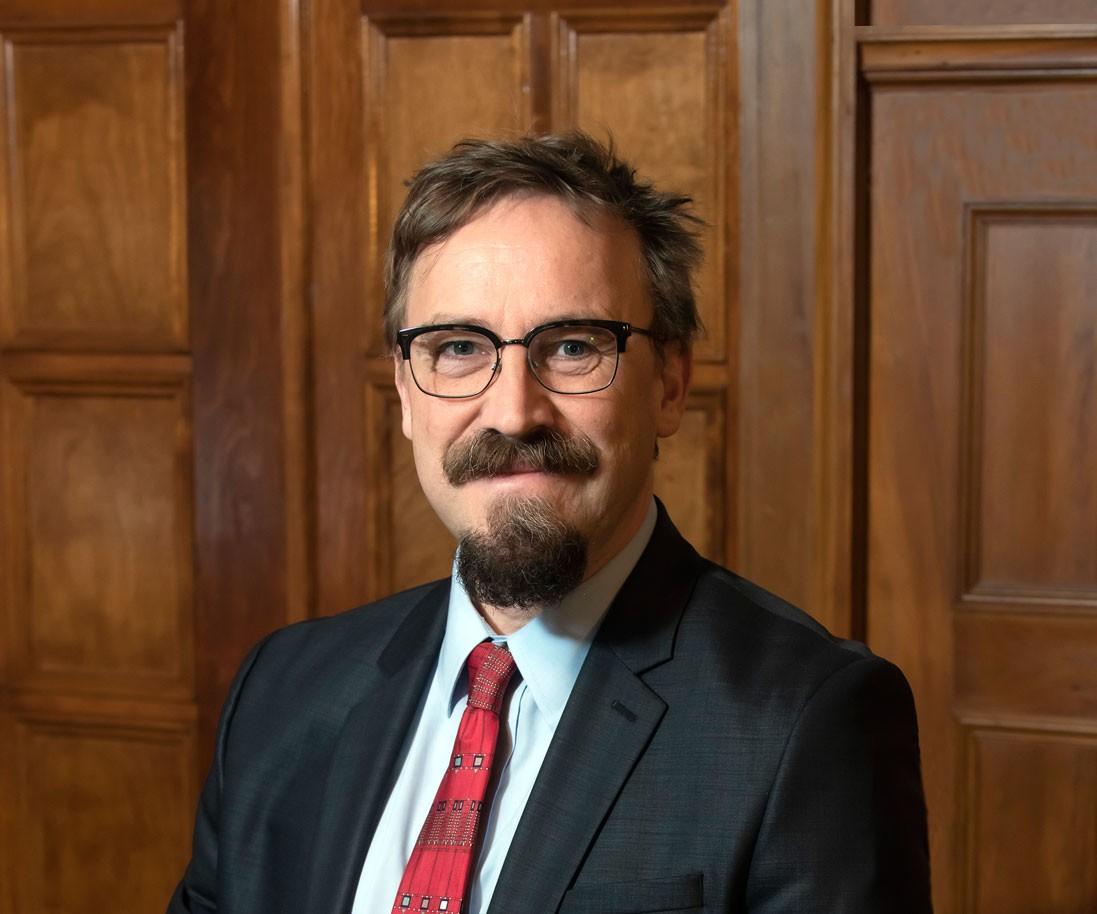 Matthias von Davier brings his training and expertise in psychology, psychometrics, and mathematics to bear as the new executive director of the TIMSS & PIRLS International Study Center at Boston College. Seventy countries take part in international large-scale assessments of trends and progress in mathematics, science, and literacy that have been administered at regular intervals by BC since 1995. (TIMSS stands for Trends in International Mathematics and Science Study; PIRLS for Progress in International Reading Literacy Study.)

The goal of the center’s testing is to provide participating countries with the data they need to identify gaps in student learning and to gauge the effectiveness of their educational systems. That means the hundreds of questions that von Davier and his colleagues craft must be rigorously fair and impartial, he says.

“We want to make sure those test questions are fair, that they don’t mislead students,” says von Davier, who came to the U.S. from Germany in 2000 and has since served as a senior research director at the Educational Testing Service’s research and development division, among other roles.

“We want to avoid trick questions,” he continues. “We want to avoid unfair disadvantages because students might have a slightly different cultural understanding of certain subjects. The basic idea is fairness, comparability, and usefulness. A test should be used to describe system differences, but it shouldn’t describe irrelevant differences.”

For example, von Davier says, the center’s tests are given in each of the 11 languages spoken in South Africa. “How do we make those tests comparable? How do we ensure mathematically and statistically that it’s a fair comparison, that we don’t artificially advantage those taking the test in English?”

Von Davier’s new position is a challenge he relishes. “I like to work with students and other researchers on messy, complex problems with a lot of data,” he explains. He finds the students and researchers he works with at Boston College to be well suited to the challenge, thanks to their versatility. They are, in his estimation, skilled in statistics, computer science, and psychometrics, the latter of which von Davier describes as the “missing link” between psychology and mathematics. (Among his other professional activities, von Davier is the executive editor of Psychometrika, the leading scholarly journal in psychometrics.)

The versatility shown by his new colleagues is the reason von Davier feels he’s come to the right place. “You need expertise in a bunch of disciplines to be successful in a field as complex as educating humans,” he says.

In addition to his role as director of the TIMSS & PIRLS International Study Center, von Davier is the J. Donald Monan, S.J., University Professor in Education, succeeding Research Professor Philip Altbach. The chair’s namesake, Donald Monan, S.J., was president of Boston College from 1972 to 1996, and chancellor from 1996 until his death in 2017.

“I like to work with students and other researchers on messy, complex problems with a lot of data. You need expertise in a bunch of disciplines to be successful in a field as complex as educating humans.”