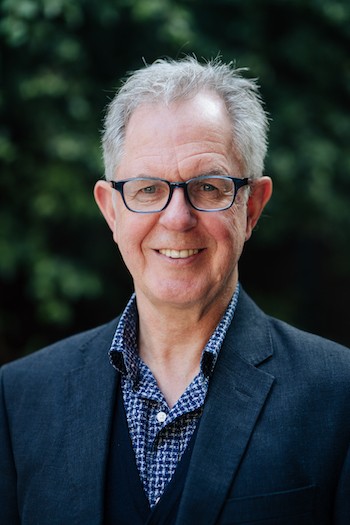 Andy Hargreaves is Research Professor at Boston College, Visiting Professor at the University of Ottawa, and Honorary Professor at Swansea University. He is former President of the International Congress for School Effectiveness and Improvement, Adviser in Education to the First Minister of Scotland, and, from 2014-2018 to the Premier of Ontario. Andy is President and co-founder of the Atlantic Rim Collaboratory (ARC): a group of nations committed to broadly defined excellence, equity, wellbeing, inclusion, democracy, and human rights in education. He is an elected member of the National Academy of Education.

Andy has consulted with and addressed the OECD, the World Bank, the International Baccalaureate, Education International, the International Confederation of Principals, governments, universities, and professional associations worldwide. He has given keynote addresses in over 50 countries, 47 US states and all Australian states and Canadian provinces. Andy is ranked the #15 scholar with most influence on US education policy debate. In 2015, Boston College gave him its Excellence in Teaching with Technology Award. He holds Honorary Doctorates from the Education University of Hong Kong and the University of Uppsala in Sweden. Professor Hargreaves’s books have received 8 outstanding writing awards, including (with Michael Fullan) the Grawemeyer Award, the most prestigious and highest value award in the field.

Andy has created new knowledge in the field including the concepts of professional capital, contrived collegiality, sustainable leadership, and the emotional practice of teaching.

Professor Hargreaves’s research is cited almost 100,000 times. His classic text on Changing Teachers, Changing Times is among the most cited research books on teaching by a living author, including all languages. Andy’s most recent books are Well-being in Schools: three forces that will uplift your students in a volatile world (with Dennis Shirley) (ASCD, 2022), Five Paths of Student Engagement (with Dennis Shirley) (Solution Tree, 2021), and Moving: A memoir of education & social mobility (Solution Tree, 2020). Andy’s opinion pieces can be read in The Washington Post, Education Week, The Conversation, The London Times, the Canadian Globe and Mail, and the Toronto Star.