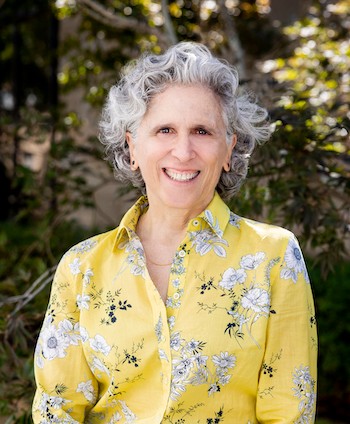 Ana M. Martínez Alemán researches topics at the forefront of higher education and campus culture. Her book Online Social Networking on Campus: Understanding What Matters in Student Culture was the first to explore social media’s impact on campus. Her expertise also includes racialized aggression on campus and how students of color and first-generation students use technology.

Martinez Alemán has served as the associate dean of faculty and academics since 2017. She joined the Lynch School in 1998 and served as department chair for the Educational Leadership and Higher Education Department from 2007 to 2017.

The author or coauthor of six books and dozens of publications, she has also delivered more than 100 talks. Since 2002, she has edited the Educational Policy journal and has served on the editorial boards of the Journal of Higher Education and the American Educational Research Journal.

In 2016, Martinez Alemán was elected Vice President of Postsecondary Education (Division J) at the American Educational Research Association (AERA). She and her coauthors won the 2016 AERA Division J Outstanding Publication Award for their book Critical Approaches to the Study of Higher Education.

Martinez Alemán earned her doctorate in higher education from the University of Massachusetts, Amherst and received master’s and bachelor’s degrees from the State University of New York, Binghamton.

Outstanding Publication Award, Association for the Study of Higher Education, 2018