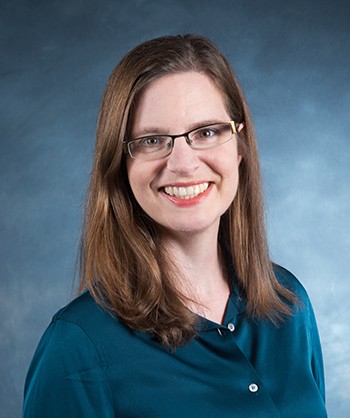 The biological roles of RNA, beyond encoding proteins, have expanded in the two last decades to include a diversity of gene regulatory functions in nearly all living things. At the same time, genome and transcriptome sequencing efforts have produced a wealth of data that can be mined through comparative genomics and transcriptomics in order to study the evolution non-coding RNAs (ncRNAs), as well as identify previously unknown non-coding RNAs. We use a combination of computational and experimental tools to both discover new structured non-coding RNAs, as well as examine how these RNAs evolve and impact the fitness of the organisms that carry them. Our main experimental model organisms are Escherichia coli, Bacillus subtilis, and Streptococcus pneumoniae, but our studies that focus on genomics or transcriptomics span across many species and encompass metagenomic/metatranscriptomic datasets.

Understanding the role of ncRNA evolution in organismal fitness

Many ncRNA families in bacteria are found only in closely related organisms, while others show much broader distribution.  In order to understand how ncRNA action contributes to organism phenotype, we are assessing how mutations to ncRNA regulators impact fitness in both B. subtilis and S. pneumoniae models. We have assessed contributions to fitness under a variety of conditions including: during biofilm formation, under standard culture conditions, in the presence of antibiotics, and within mouse infection models (Babina et al. 2017, Babina et al. 2018, Warrier et al. 2018).

The phenotypes we discovered during our work to understand the role of ncRNA regulators in organismal fitness gave us numerous handles that we are currently leveraging to explore the sequence-structure-function relationship of ncRNAs. By assessing large libraries of mutant sequences using these phenotypes coupled with high-throughput sequencing we expect to gain insight into how sequence changes impact ncRNA function where it matters most, inside the cell.

Most ncRNAs are thought to evolve rapidly compared to the proteins they regulate, and the scope of biophysically possible solutions is likely much larger and more diverse than the sequences that appear in nature. One of the most striking examples of apparent independent evolution of RNA regulators, is the mRNA structures that allow auto-regulation of ribosomal protein S15. In this regulatory paradigm first described in E. coli, S15 interacts with a structure in its own mRNA to inhibit further translation. Subsequent research has demonstrated that wildly different mRNA structures allow similar regulation in bacteria of other phyla, and that S15 homologues from these divergent species can show specificity for individual mRNA structures (Slinger et al. 2015). Furthermore, it appears that the pool of potential RNA sequences/structures that perform this function is large (Slinger et al. 2016, Pei et al. 2017). We are currently exploring how this pool of binding partners may change depending on S15 homolog in order to understand the role of protein specificity in the observed independent evolution of ncRNA regulatory elements in diverse bacterial species.

Comparative genomics and metatranscriptomics to discovery novel ncRNAs and trace the evolution of ncRNA families.

Many ncRNA families in bacteria are found only in closely related organisms, while others show much broader distribution. We have used metatranscriptomic data to identify ncRNAs in the human oral microbiome and assess how they contribute to periodontal disease (Ram Mohan and Meyer 2020). In addition, in order to understand the factors that influence ncRNAs evolution, we have developed methodology to allow comparison and clustering of ncRNAs to allow us to better understand how selective pressure leads to the conservation patterns observed for ncRNA regulatory elements (Crum et al. 2019).