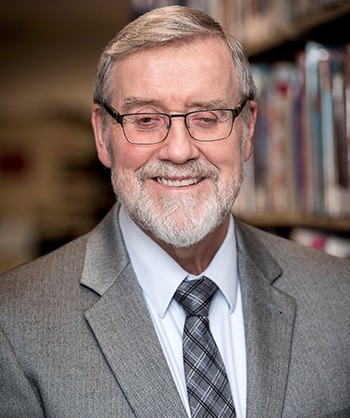 Universal design for learning (UDL) as a framework for curriculum reform; access to the general curriculum by students with disabilities; integration of special education with general education; assistive technology

Richard Jackson is internationally recognized as a pioneer in the nascent field of Universal Design for Learning (UDL).  He first brought the UDL framework to Boston College in 1999 through a partnership with CAST and the Harvard Children’s Initiative to form the National Center for Accessing the General Curriculum. This federally funded Center’s role was to provide the nation with guidance on how best to include students with disabilities in a standards-based, public education. Today the design principles derived from the UDL framework are required by law and embedded in teacher education programs at Boston College and throughout the US.  In 2009 Jackson observed a gap in the kind of leadership necessary for implementing inclusive education. Again, through a partnership with CAST, Jackson won a five year leadership grant from the US Department of Education to train eight postdoctoral “UDL Fellows” whose efforts continue to advance this new field in improving results for students with disabilities. With the international call for inclusive education, UDL has emerged as a plausible and palpable implementation framework. In 2020, with colleague Sean Bracken from the University of Worcester in the UK, Jackson co-founded INCLUDE (the National Collaboratory for Leadership in Universally Designed Education). Jackson’s vision for INCLUDE is a “center without walls” that functions virtually as a community of practice among stakeholders committed to advancing inclusion world-wide

UDL’s twenty year presence at Boston College under Jackson’s leadership has been instrumental in the design of accessible blended learning courses and in the development of inclusive instructional practices campus wide. It serves as a striking example of what the university means by men and women in service to others where others includes individuals with disabilities.