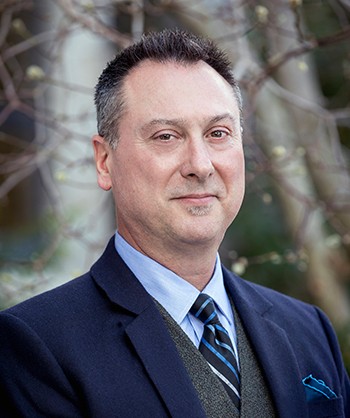 A prolific writer and speaker, Michael James focuses on the role of religion in higher education—for institutions, teachers, students, and learning itself.

As Director of the Institute for Administrators in Catholic Higher Education, James leads an annual seminar for global scholars and practitioners—a highly regarded opportunity to address enduring issues such as developing a Catholic campus culture and nurturing the Catholic intellectual tradition.

His current role on the editorial board of Claritas: A Journal of Dialogue and Culture continues his history of engagement with professional journals, including more than five years as editor at The Journal of Catholic Education.

He has previously served as Vice President of the Association of Catholic Colleges & Universities; as Co-Director of the Principles of Good Practice for Student Affairs at Catholic Colleges and Universities; and on the planning committee for the U.S. Conference of Catholic Bishops Annual Catholic Social Ministry. He earned his bachelor’s degree at Notre Dame and his master’s degree and doctorate at Indiana University.

His work is accessible to a wide range of audiences. One of his books, Five Steps to Effective Student Leadership, has been called “immensely helpful … [to] any student leader.” He has presented throughout the United States and in Brazil and Jordan.