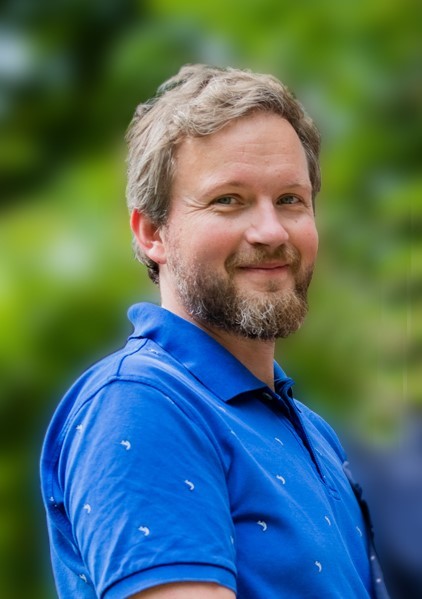 My research focuses on the apicomplexan parasite Toxoplasma gondii that infects 1/3 of the world´s population. Although infection mostly passes with mild symptoms, immunosuppressed patients can develop severe illness. Acute infection can lead to life-threatening brain or heart pathology and current treatments are limited and show side effects. Host tissue damage is directly linked to parasite multiplication and I am interested in how cell division unfolds in Toxoplasma.

Apicomplexan parasites in general replicate by several cell division modes with two well-characterized examples being schizogony of the malaria-causing parasite Plasmodium and endodyogeny of Toxoplasma. These division modes give rise to between two and up to thousands of newly formed parasites, respectively. Toxoplasma endodyogeny is arguably the simplest form of apicomplexan division generating two daughter cells as the offspring. Daughter cells are formed by an internal budding mechanism, which is concluded by separation and basal closure of the nascent cells. During cell division a structure called basal complex is central for proper cell division of the parasite, but a comprehensive understanding of its molecular composition, its mode of action and its regulation remains elusive.

I am currently applying a set of cell biological assays to dissect this parasite-specific structure.