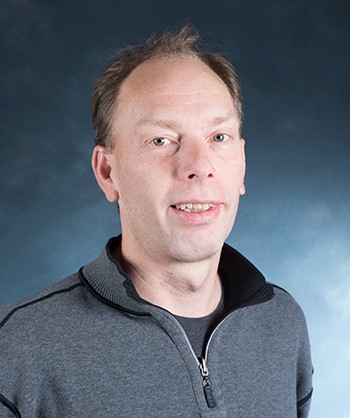 Genetic approaches towards the cell biology of Toxoplasma gondii.

The protozoan parasite Toxoplasma gondii is a member of the phylum Apicomplexa and can cause severe disease in humans. This parasite is easily grown and manipulated in vitro and has in recent years developed as a safe and versatile model for other apicomplexan parasites (e.g. malaria). We are using and developing forward, reverse and functional genetic tools using enzymatic as well as fluorescent protein reporter assays in combination with cell sorting and fluorescence microscopy to learn more about the parasite’s cell biology.

Parasite replication is conserved, yet are variations on a theme in different apicomplexan parasites. Toxoplasma divides by an internal budding process called endodyogeny where two daughters are being assembled inside the mother, which is significantly different from mammalian cell division. The parasite’s cytoskeleton, consisting of microtubules as well as a membrane skeleton in combination with intermediate protein filaments (the inner membrane complex or IMC) serves as a scaffold for daughter assembly. Recently, we identified several components that act in the cytoskeleton assembly as well as daughter formation which are currently being characterized in detail.

Host cell invasion is an essential step in the life cycle of Apicomplexa and identifying essential steps and/or molecules in the process would provide attractive potential therapeutic targets. To identify key molecules in invasion, a set of conditional parasite invasion mutants has been generated through chemical as well as insertional (conditional) mutagenesis. Mutants are being analyzed through a set of cell biological assays while at the same time the mutated genes are being identified using cosmid library complementations as well as plasmid rescues.