Alexia Prichard is an independent media producer, videographer, sound recordist and editor with over 25 years’ experience in nonfiction storytelling. Her first independent documentary film, Soma Girls, was awarded grants from the Center for Asian American Media, and the New York State Council on the Arts, and screened on PBS nationwide in 2012. Her second film, The Dirty Truth About Coal (2011), about the negative effects on public health of emissions from coal-fired power plants, was a 2009 and 2010 Finalist for the Roy W. Dean Film Grant and was used by The Sierra Club’s national anti-coal campaign in 2012. Since then she has produced dozens of independent documentaries and is currently at work on Clexa Is Ours which details the need for balanced cultural representation in television through the voices of queer fans of a post-apocalyptic sci-fi show.

For broadcast TV, Alexia has worked as a writer, producer, videographer, and editor at Oxygen, Lifetime, Annenberg Media, and The Discovery Channel. At the Woods Hole Oceanographic Institution, she produced, wrote, and edited a 6-hour 3D series on marine life, shipwrecks, and underwater caves for a 24-hour 3D network, 3net (a partnership between Discovery, Sony, and IMAX). As Senior Video Producer, Videographer & Editor for AOL she created and produced several online series on a variety of topics - highlights include: interview with Elon Musk during the press event for the first Tesla Roadster, and filming then Governor Arnold Schwartzeneggar driving it; and, in 2008, covered the Democratic and Republican National Conventions, partnering with Nokia to stream video live from a cell phone on the convention floors. In educational programming, Alexia developed and edited a reality-style TV series blending sports with science for the Harvard Smithsonian Center for Astrophysics which was subsequently sold to the WAM! network. For seven years from 2012-2019, she worked as the Associate Director for Video Production at the international educational nonprofit, Facing History and Ourselves where she produced, wrote, shot and edited over 100 short historical documentaries on social justice, specializing in the Holocaust, Reconstruction in America, civil rights, racism, and the psychologies of genocide and oppression several of which were co-published by the New York Times’ The Learning Network. 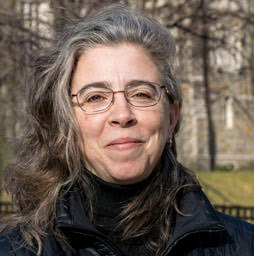