Her new book chronicles her journey through addiction, mental health issues, and bulimia 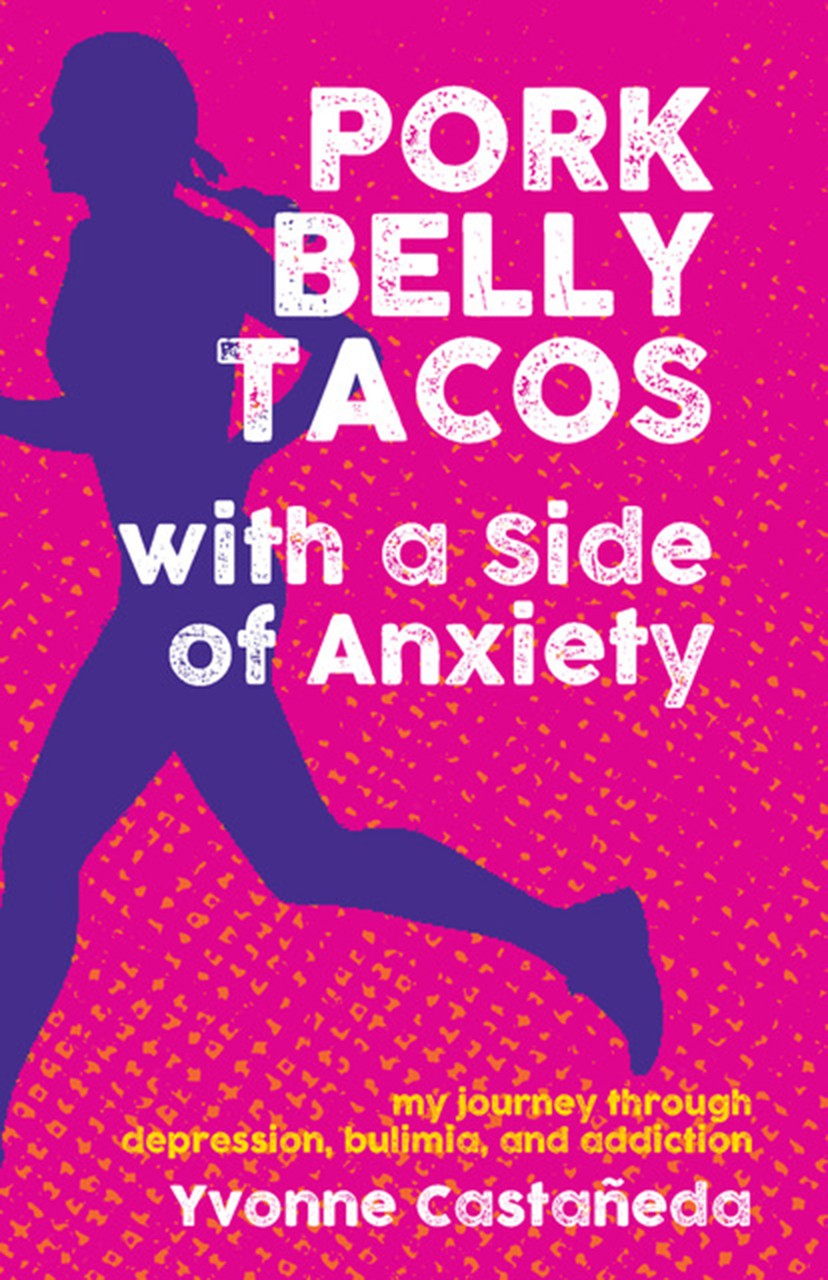 Yvonne Castañeda, a part-time faculty member in the Boston College School of Social Work, chronicles her journey through addiction, depression, anxiety, and bulimia in a new memoir out February 22.

As a Latinx woman whose parents immigrated from Mexico and Cuba, she believes that her story will resonate with other Latinx people who might be struggling with their own mental health issues. According to Castañeda, mental illness is often seen as taboo in the Latinx community, stopping people from seeking help.

“I remember thinking how this book could help people in my community,” says Castañeda, who earned her MSW from BCSSW in 2018 and took part in the school’s Latinx Leadership Initiative. “Maybe others will see themselves in these pages. Maybe it will resonate with them and give them permission to sit with what they’re going through and explore it.”

In a review, popular Latinx author Junot Diaz calls her new book “an astonishing memoir, overflowing with compassion, honesty and hope.” He writes that she “fearlessly captures how immigration can eat the body and the lifelong healing that such injuries require.”

As the book nears release, Castañeda reflects on her upbringing as the daughter of immigrants, the adverse side effects of bulimia, and the sage advice that turned her life around.

What made you decide to write this memoir and how do you think your story could help to heal others who are struggling with addiction, mental health issues, or eating disorders?

I wanted to write this story a long time ago, but I recognized that I wasn’t ready to write it because I was still kind of in it. I needed to get some perspective. And I don't know how I knew that, but I did. I started to write something in 2013 and it was very clunky. It was hard. And then I started my first year of graduate school and I learned so much about myself in that space. I started thinking about revisiting the book and writing about depression and mental health issues and my eating disorder. I did a search to see if there was anything out there like it—there wasn’t—and I thought about how I wanted to become a social worker to serve the Latinx population. I remember thinking how this book could help people in my community, because it’s written by somebody who is Latinx speaking so openly about mental health, which is still stigmatized in our community. Maybe others will see themselves in these pages. Maybe it will resonate with them and give them permission to sit with what they’re going through and explore it. I hope people who read the book find that change is possible, that grace is possible, that healing is possible.

Was there anyone in particular in the School of Social Work who helped to reignite your interest in writing the book?

Rocío Calvo, the founding director of the Latinx Leadership Initiative. I think seeing her passion for this particular community was very touching to me. We had conversations both in class and outside of class about the need for Latinx social workers who serve our community, and she just opened up my mind to how many needs there are. I realized I always had a way with words. I like speaking, I like writing, but I never knew how to put it on paper. So it took me a while, but Rocío was certainly an impetus for writing it.

You grew up in Miami as the daughter of immigrants from Mexico and Cuba. What was life like as a kid?

Both of my parents grew up in poverty-stricken environments and struggled with real hunger. But in Miami, we had no shortage of food. Once my parents found security and stability, their No. 1 thing was being able to provide the basics—food, shelter, clothing. But food was a big one. And my mom never said ‘no.’ If it was 10 p.m. and I said, ‘Mommy, I want a chocolate doughnut,’ she would bring it to me with a glass of milk. Food is a big thing in our culture and we never emphasized healthy eating or exercise because it just wasn’t a thing. So, I ended up overweight. I played the piano, I read, and I didn’t exercise a whole lot.

In my Cuban family, people like to comment on physical appearance. And there was no shortage of unsolicited opinions. Every day, every time I saw an aunt or a friend, the first words out of their mouth had nothing to do with how I was doing. It was always, ‘Oh my god, you’re so fat, you’ve gotten so big, you’ve gained so much weight.’ And then in the next sentence, it would be, ‘Hey, make sure that you eat everything on your plate. You got to eat. You got to eat.’

Once I got to middle school, I started to think that being overweight was just not acceptable. This was the eighties, and it wasn’t OK to be overweight or different in any way. And so that’s when it really got hard, and I lost a lot of weight through extreme dieting and exercising. And when I got thin, that’s when I started to get a lot of attention. And it just fueled this obsession with making sure that I was always thin. To me, being thin translated into being perfect. You know, now I’m acceptable. I belong because I’m thin.

Everything I saw in movies and read in books told me that I had to be like white people and that’s what my parents ingrained in me—you have to assimilate, you have to do everything white people do. Everything painted this picture of the popular cheerleader with the handsome, star football player boyfriend. And I fully believed in the ninth grade, in 1986, that I had to be a cheerleader—this is just what you do, this is the high school experience. So I quit the piano and started this different life. 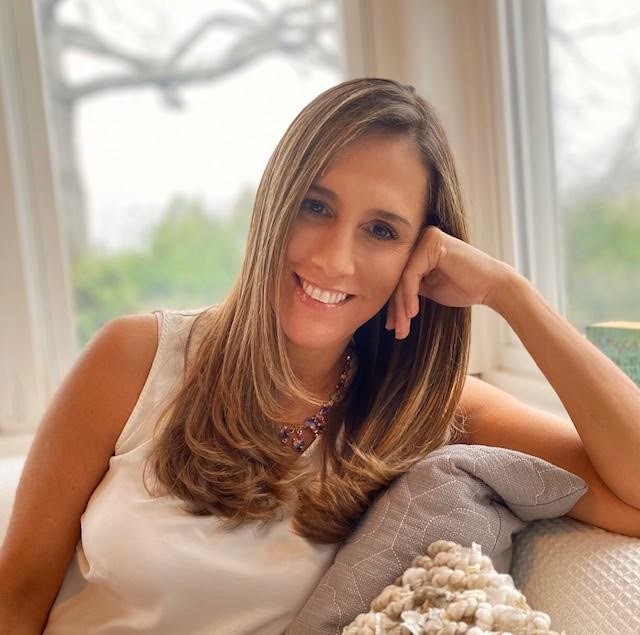 When did you develop bulimia and how did it affect your daily life?

I developed bulimia my senior year of high school and it lasted until I was 35. Before that, I was hyper aware of what I was eating and I was exercising to burn calories, but it was in the middle of my senior year that I discovered binging and purging. I remember walking up a set of stairs in my high school the next day after the first time that I did it and being filled with relief because I thought, ‘finally, I don’t have to fight food anymore. I don’t have to worry about what I eat because now I can eat whatever, and I could just purge it and be skinny.’ And that thought filled me with relief and terror at the same time, because I knew intuitively that this was messed up, that this couldn’t be good.

It was very unhealthy. I was iron deficient, I had severe anemia. Throughout my life, I’ve probably spent $50,000 repairing damage to my teeth. I started to rely on alcohol and cigarettes to cope with anxiety. I became addicted to exercise, and found all these ways to avoid being anxious all the time. I felt stuck, which contributed to why I fell into depression time and again.

You write in the book that you received some sage advice from your grandmother in Guadalajara, Mexico, that helped you to eventually overcome your struggles. What advice did she give you?

After I graduated from high school, I took a road trip to Mexico with my parents. We were supposed to stay for two weeks and then return to Miami, but I didn’t want to return. I didn’t want to go to college. I blew off scholarships and stayed with my grandmother and my relatives. We were having a conversation about how I was feeling. I was torn. I was confused. I was afraid to go to college because I didn’t know what I wanted to be, and I thought I had to be something. My parents couldn’t guide me. They had no idea how the college world works—they just kept telling me I should get an education. So we were talking, my grandmother and I, and I was telling her, ‘I’m just worried that I’m going to make a mistake and pick the wrong thing. And I just don’t know what I want to be.’

I eventually returned to the United States and went to college. But throughout all of my 20s and into my early 30s, I would refer to what she said and think, ‘what does life want from me? There is a purpose for me here.’

How did the advice from your grandmother help to provide a solution to your struggles?

For a year, I would come home from work, sit on my couch, and spend time with my thoughts. In the past, I would have poured myself a glass of wine. But I didn’t have wine, and I fought urges to binge and purge when I was really uncomfortable. I gave myself time every day to be with my thoughts and what I was feeling. I read the holy Bible and A New Earth: Awakening to Your Life’s Purpose by Eckhart Tolle throughout the year. I didn’t map it out. I just kind of went with, ‘this is where I am today, and this is what I want to read today.’ At the end of that year, in 2008, I had just a moment where I felt like I was going to be OK.

What advice do you have for other people who might be struggling with an eating disorder?