She serves victims of trauma and violence in Boston 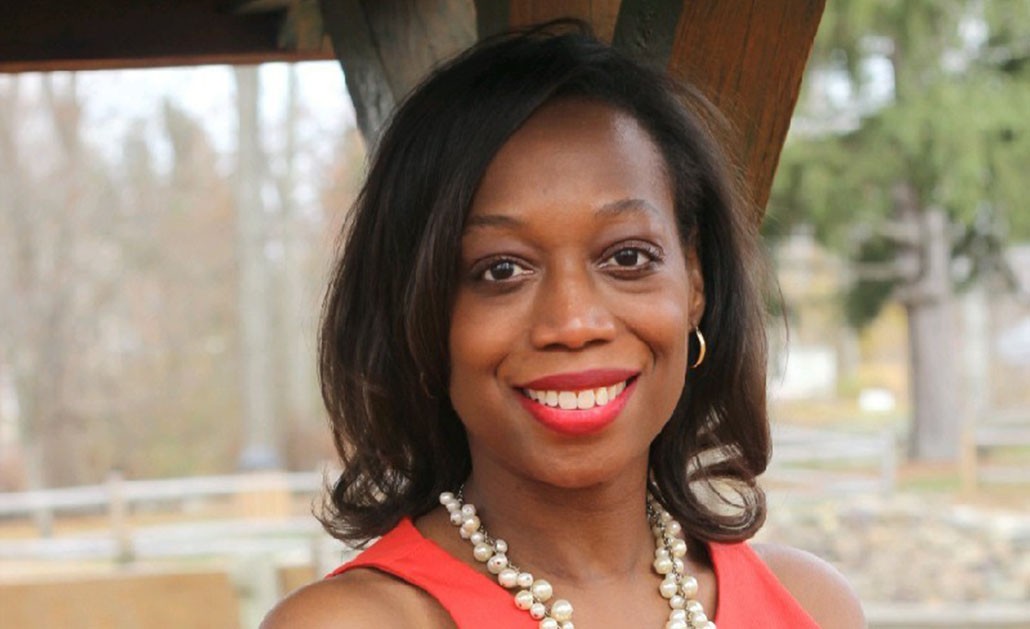 Charlene Luma’s clients call her team for help in the middle of the night.

They are victims of domestic violence, hate crimes, and human trafficking. They have survived child abuse, sexual assault, and neglect. And their fear and suffering have no timetable.

“Our job is to help them,” says Luma, chief of the victim-witness assistance program at the Suffolk County District Attorney’s Office. “We want to ensure that their rights are adhered to and that they’re supported.”

Luma, who graduated from the Boston College School of Social Work in 2005, says her team works 24/7, serving residents of Boston, Chelsea, Revere, and Winthrop. In 2020, the group worked over 9,000 cases. Victims of domestic violence needed temporary housing. Older adults who had been swindled out of money needed lawyers. Families of homicide victims needed immediate emotional support.

The work is especially crucial now. Homicides in Boston increased 51 percent over the past year, according to a site that tracks crime in the city, jumping from 37 in 2019 to 56 in 2020. “All victimization is terrible,” says Luma, who joined the office of the Suffolk County District Attorney in 2019, “but homicides tend to have a significant impact.”

Luma has received several awards for her work. In December, she won the Emerging Leader Award from the Massachusetts chapter of the National Association of Social Workers. On Feb. 1, she will receive the Distinguished Alumni Award from the School of Social Work at the annual Equity, Justice, and Inclusion Lecture and Distinguished Alumni Award Celebration. The deadline to register for the event is Monday, Jan. 25.

“I hope the work I have done has made a difference,” says Luma, who also holds a bachelor’s degree in psychology from BC. “As a woman of color, I've chosen to stay in Boston to do work that impacts my community.”

Luma grew up in Boston, living in Dorchester, Mattapan, and Roslindale. She graduated from Boston Latin Academy, one of the most prestigious exam schools in the city, and enrolled at BC in 1999.

She says her family supported her along the way, but she knows how hard it can be for people to reach their potential if they lack a support system. If they don’t have access to good schools, family, and necessities like nutritious food.

Her desire to help people in the city where she’s spent her entire life has fueled her work for the past 15 years. “I feel blessed to have had the opportunities that I’ve had,” says Luma. “Why should other people not have the same opportunities?”

“It’s not our job to fix people. It’s our job to provide support and guidance.”

In 2015, Luma created a program to provide 24/7 support to emotionally traumatized youth and their families. As the founding director of the Boston Trauma Response Team, she worked to ensure that family and friends of young murder victims received immediate care.

“I’m the type of social worker who believes in doing the work on the ground,” she says. “When one of my staff was out there at one in the morning, I was there with them.”

Luma, who lives with lupus, built the team as she battled health problems. As soon as she launched the program, she says, she lost the function of her kidneys and started dialysis. Treatment drained her, she says, and the disease limited her ability to live life to the fullest for years. It wasn’t until 2019, when she received a kidney transplant, that she started to feel like herself again.

Now she looks back on that time as a defining moment in her career. “I accomplished this when I had my own personal challenges,” she says, “and that’s something I’m very proud of.”

Luma says her internship at an outpatient clinic in Quincy, Massachusetts, prepared her to meet the challenges of social work. She was tasked with providing therapy to a diverse group of clients, including a white woman who she says may have been racist. But she wasn’t discouraged, keeping the client and ultimately bonding with her.

“Therapy is a skill you have to learn,” says Luma. “You don’t walk in one day and say, ‘oh, I know how to be a therapist.’” Her philosophy as a social worker is simple: “It’s not our job to fix people. It’s our job to provide support and guidance.”

The work, says Luma, takes a mental toll, and studies show that 75 percent of social workers experience burnout at some point in their careers.

Luma advises social workers to carve out time to take care of themselves. She says they can improve their ability to care for clients if they nurture their own well being. “We are terrible at asking for help because our energy is often focused on doing things for others,” she says. “But you will be a better social worker if you ask for help when you need it.”