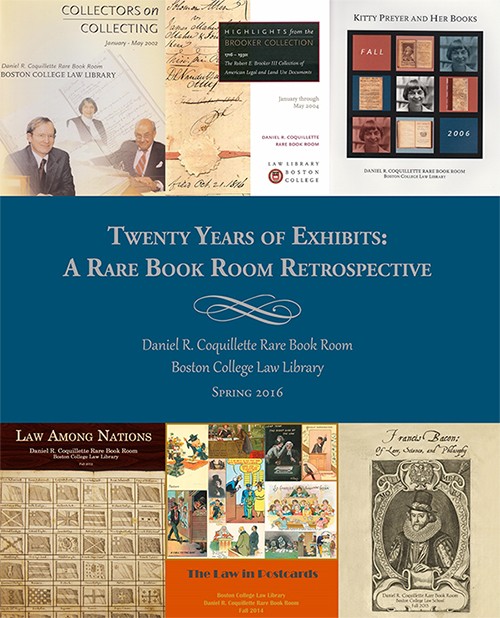 The Boston College Law Library, as it currently stands, was completed in 1996 and dedicated in October of that year. Within its walls, tucked into a beautiful, climate-controlled space, was the Daniel R. Coquillette Rare Book Room. The Rare Book Room was dedicated a bit earlier than the library as a whole, with an inaugural exhibit and celebration on May 29, 1996.

The core of our beautiful collection, with its focus on recreating the libraries of real working lawyers in America and England, was donated over a span of years by our own Daniel R. Coquillette, J. Donald Monan, S.J., University Professor. To this day, the collection is used in classes such as Professor Coquillette’s Anglo-American Legal History course and Professor Mary Bilder’s American Legal History course to provide students with a tangible means of examining the centuries-long relationship between lawyers and their books.