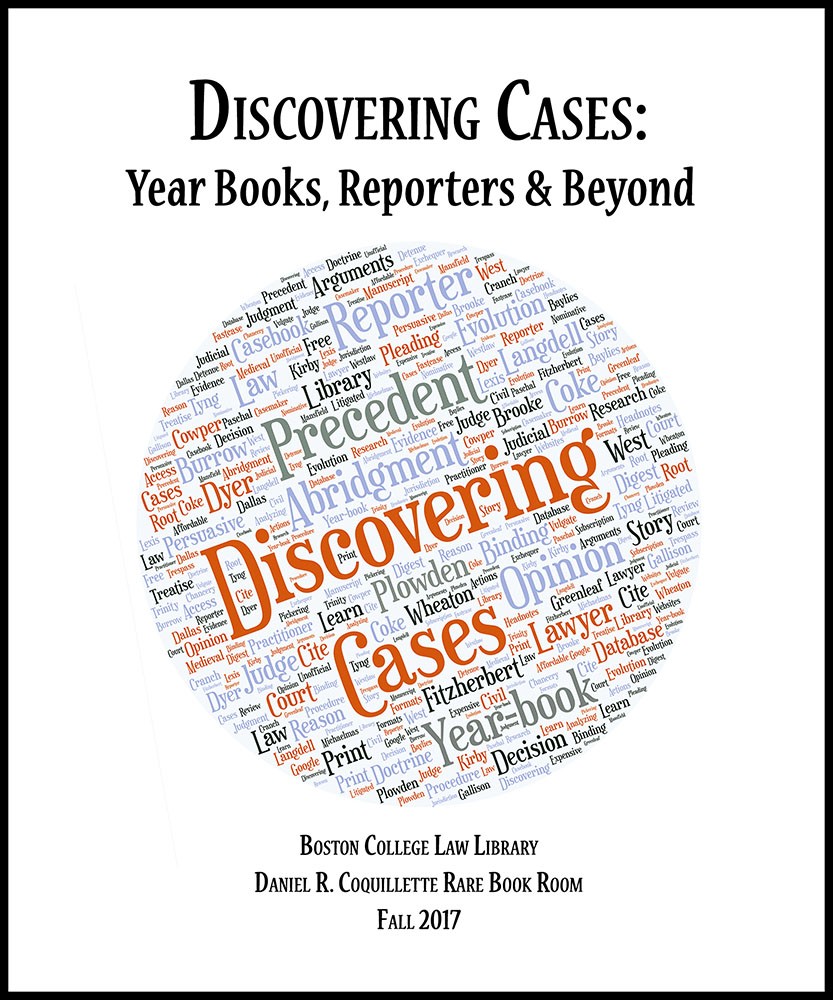 The exhibit examines the long history in Anglo-American legal literature of making cases accessible to lawyers and law students. It moves from the Year Books, early sources which compiled the cases heard in a given regnal year; to the early reports of James Dyer and Edward Plowden; to the more formal law reports of Edward Coke; to the first case reporters in early America. We also examine the role of treatises and casebooks.

The exhibit was curated by Laurel Davis, Curator of Rare Books.  It was inspired by two earlier exhibits by former curator Karen Beck, now Manager of Historical & Special Collections at the Harvard Law School Library. The exhibit will remain on view into early 2018. Please come in and take a look! The exhibit catalog is also available to download.