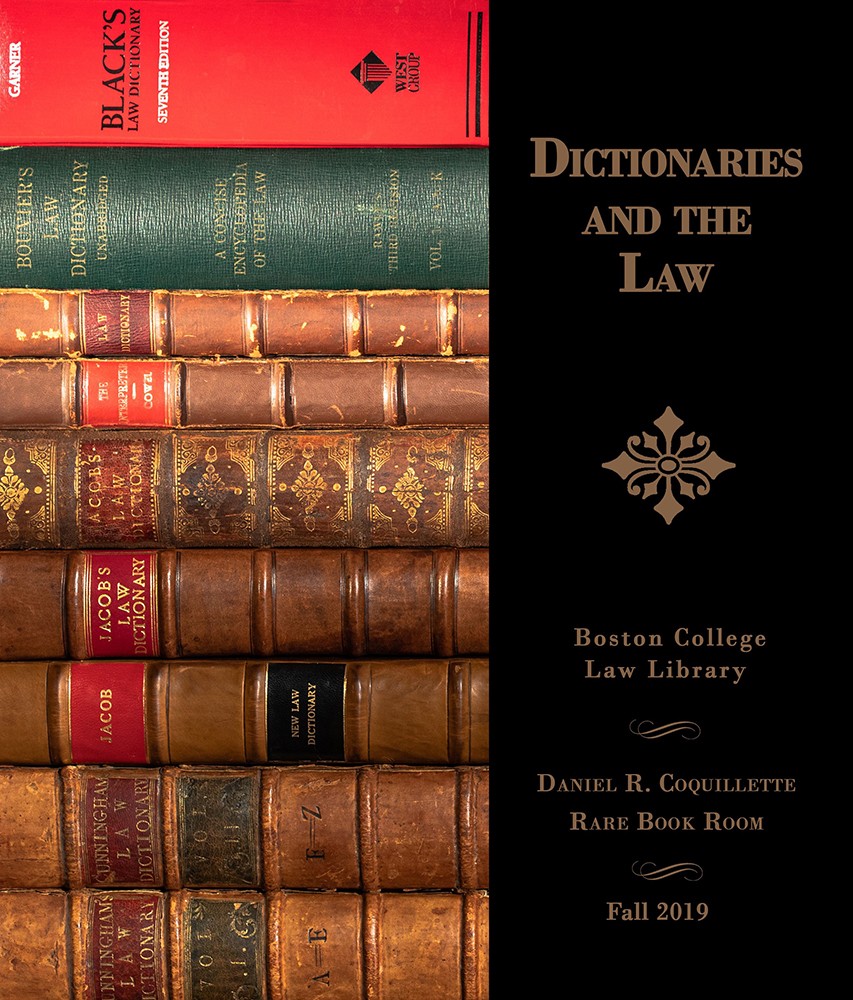 Dictionaries hold a crucial place in the world of legal literature. Judges, lawyers, law students, and laypeople grapple with the language of the law every day and have done so for centuries. The first dictionary in English was a law dictionary. King James I ordered the second English law dictionary to be suppressed and burned. Another early example was compiled by a writer focused on making the law accessible to the “everyman”—not just the elite.

The first American general language and law dictionaries came in the 1800s with Noah Webster’s American Dictionary of the English Language (New York, 1828) and John Bouvier’s Law Dictionary Adapted to the Constitution and Laws of the United States of America (Philadelphia, 1839). By the early to mid-20th century, Black’s Law Dictionary became the standard. Today, it is the go-to dictionary for American law students, practitioners, and judges, whether in print or online. This exhibit explores that book’s rich ancestry, reaching back centuries beyond its first printing in 1891. It is an important history too, as modern courts regularly cite old and new dictionaries in their opinions.

The exhibit was curated by Laurel Davis and made possible by the generosity of Daniel R. Coquillette, J. Donald Monan, SJ, University Professor, and Bryan A. Garner, editor in chief of Black’s Law Dictionary. It will remain on view into January 2020; the Rare Book Room is open to visitors on weekdays from 9:00 a.m. - 5:00 p.m. The exhibit catalog is available to download.