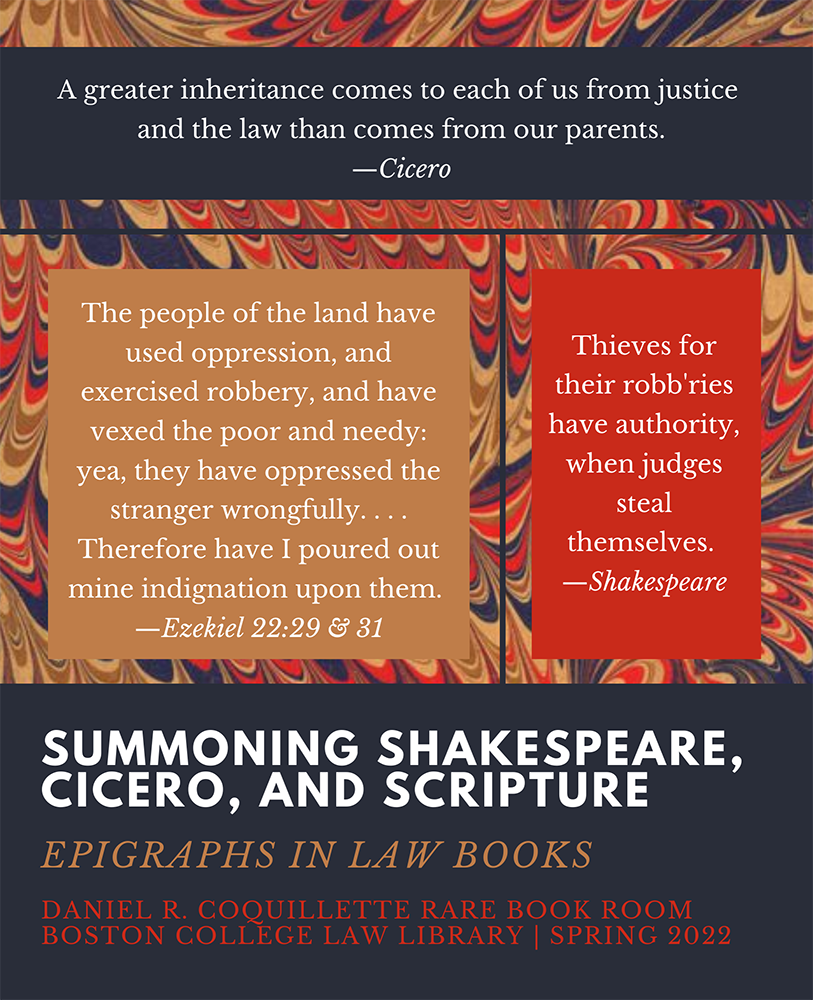 We noticed that many law books in our collection have quotations from well-known writers on the title pages. These short quotations, meant to suggest the theme of a work, are known as epigraphs. Epigraphs have been used on the entrances of buildings since before the current era. They started appearing on books at least by the 16th century, though likely there are earlier examples. The earliest epigraph in our collection is a passage from Deuteronomy on the title page of a 1556 treatise on French customary law.

These epigraphs typically were chosen by the author and appeared across subsequent editions of the work. They come from sources as varied as the Bible, Shakespeare, ancient Roman writers like Cicero, Horace, and Virgil, and legal scholars like Edward Coke and William Blackstone. Sometimes they directly relate to the content or goals of the book. Sometimes they’re more mysterious. Regardless, by using quotations from these sources, authors could simultaneously advertise and preview the content of their work, summon the authority of revered thinkers, and signal their own erudition.

The exhibit was curated by Laurel Davis and Melissa Grasso. It will remain on view into August 2022. The Rare Book Room is open on weekdays from 9:00 a.m.–5:00 p.m. The exhibit catalog is available to download.