The Two-Way Immersion Network for Catholic Schools (TWIN-CS) is a national initiative to share dual language research, ideas, techniques and resources with the goal of supporting students in becoming bilingual, bicultural and biliterate. The network's innovative design and programming enables students to maintain their language and culture, while systemically transforming schools from monolingual to multilingual modes of education.

What is Two-Way Immersion?

Two-Way Immersion (TWI), recognized nationally as the most effective approach to bilingual eduction, blends native English speaking students with peers who are native in another language. With more than 20% of the U.S. population speaking a language other than English at home, multiple approaches to educating students with limited English profriency exist. Typically, these students are provided supplemental assistance focused on English language development.

TWI differs from such apporaches in two key ways. First, TWI supports bilingualism, biliteracy, and biculturalism. English learners become fluent in both English and their native language. Second, TWI supports bilingualism and biliteracy for native English speakers as well. Specifically English language learners are not separated from their native English classmates, but instead, all students serve as language models for one another, and thus/they? become bilingual together. As such, TWI not only prepares all student participants to be bilingual and biliterate citizens in an increasingly diverse world, it deeply respects the minitority language students' identity and family cultures.

“Dual language is about so much more than language learning. The real power of dual language education is that it makes a true difference by developing empathetic, compassionate learners and human beings, which is the foundation of our Catholic faith.”

Membership in the TWIN-CS Network

Two-way immersion and dual language instruction is utilized in a number of educational settings; however, the TWIN-CS network is unique in that members work collaboratively in three essential partnerships:

Learning partnership with other schools. TWIN-CS schools are encouraged to maintain learnings relationships with a leadership coach and other principals of TWIN-CS schools through professional learning communities. Each school is assigned a leadership coach and a PLC, which gather monthly to ask questions, seek advice, discuss research, explore enrollment expansion strategies, and provide support.

Leading partnership with other schools. This partnership honors the teaching that TWIN-CS teams facilitate with other Member schools. Examples include participating in regional collegial visits and webinar conversations, presenting at the annual TWIN-CS Academy, and sharing meaningful resources to support the work of dual language in Catholic schools. 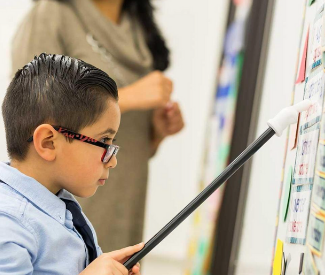 Mission: All Saints Catholic School, in partnership with parents, is focused on the continuous formation of the whole Christian person. Through the school's dual language immersion program, the school prepares students to succeed in a culturally diverse society respecting the dignity of others, while equipping students with the life skills necessary to seek out opportunities and embrace everyday challenges. 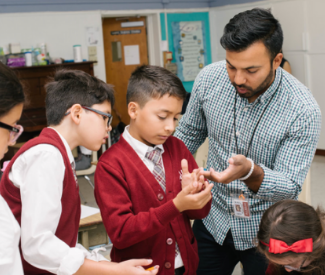 Mission: All Souls, a welcoming and inclusive Catholic school with a distinct global perspective, provides students a Christ-centered education that is academically innovative, rigorous, and comprehensive. The school prepares students to become bilingual, biliterate, and multicultural learners who are critical thinkers, effective problem solvers, compassionate leaders with an unwavering commitment to service, and productive global citizens in a diverse 21st century world. 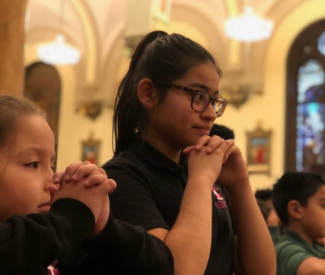 Mission: Archbishop Borders School is a dual-language Catholic community school that prepares its students to be dynamic members of society through an educational experience informed by diversity, faith and academic excellence. 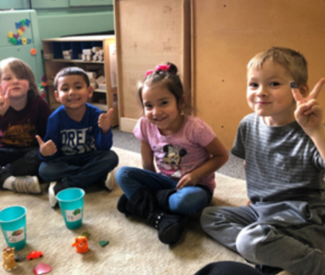 Mission: The Bishop Heelan Catholic School: Dual Language Academy relates the total student to God through an excellent education based on faith, family, knowledge and service. 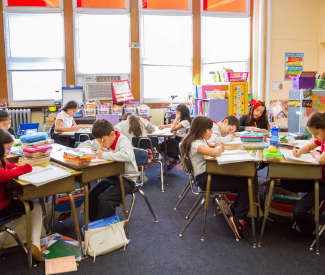 Mission: The Omaha Catholic School Consortium Dual Language Academy provides a rigorous bilingual and multicultural education for children in the Metro Omaha area communities. The school's mission is to foster future leaders inspired by faith who use their gifts and talents to serve others. 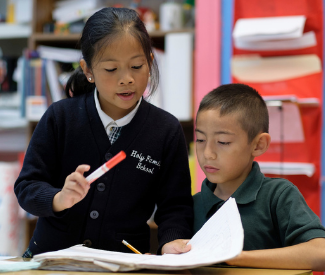 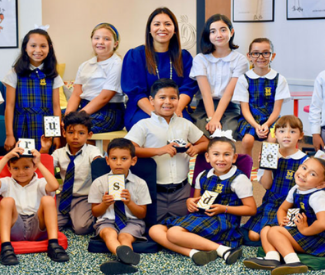 Mission: Mater Dei Juan Diego Academy is the first Catholic school in San Diego to offer a 50/50 dual language Spanish/English immersion curriculum rooted in the STREAM education model (Science, Technology, Religion, Engineering, Arts, and Math). The goal of this model is to educate the child as a whole person while incorporating spirituality and fostering faith. 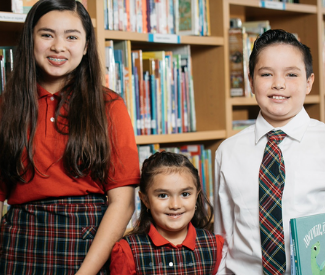 Mission: Following in the Christian tradition, Notre Dame fosters respect, responsibility, and sharing of personal talents while preparing students for admittance to a college preparatory high school. In an English and Spanish bi-literate setting, emphasis is placed on leadership skills, critical thinking, and social justice while empowering students to make positive contributions to society. 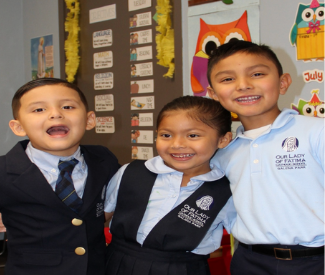 Mission: Our Lady of Fatima Catholic School is committed to presenting a unified Catholic identity through fostering a prayerful learning environment for students. The life of the school is enriched with religious education, faith formation, and student life activities centered around the Holy Bible and the traditions of our faith. School classrooms proclaim our message of unity and are enhanced with visible expressions of our Christian belief and Catholic identity. 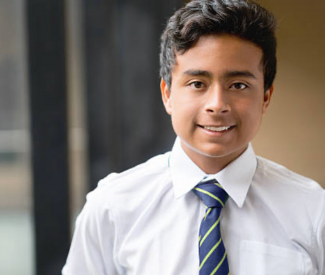 Mission: Our Lady of Guadalupe Catholic School opened as a dual-campus N-8 elementary school in September 2021. A dual-language immersion program is beginning in the Nursery and Pre-Kindergarten classrooms, starting children on the path to becoming bilingual and biliterate in English and Spanish. 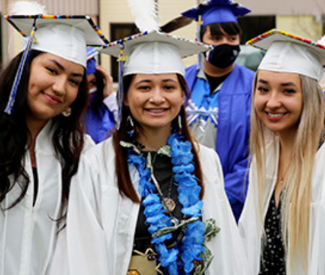 Our Lady of Lourdes Elementary School

Mission: Through an education of the mind and heart in Lakota, Catholic and Jesuit tradition, Red Cloud Indian School & Our Lady of Lourdes Elementary School offers skills for life. The curriculum focuses on the fundamentals of a solid education, including math and reading, science and physical education. Classes are offered in Lakota language and Lakota studies. After-school programs throughout the year, including during the summer, give students an opportunity to extend their learning beyond the classroom. 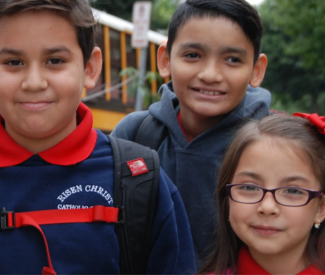 Mission: Risen Christ Catholic School is a K-8, bilingual, multicultural and financially accessible school of excellence, educating children in mind, body, and spirit to live and lead in the example of Jesus Christ. The school was formed in 1993 as the consolidation of five area parish schools: Holy Name, Holy Rosary, Incarnation, St. Albert the Great and St. Stephen’s, to preserve and strengthen Catholic education for new generations of children in the heart of south Minneapolis.

Mission: Saint Mary Magdalen School is a Catholic, dual language, co-educational school of empowerment. Students engage in a dynamic academic experience preparing them for college and heaven. The school cultivates a growth mindset, biliteracy, and strong character inspired by the Gospel and Catholic Social Teaching. 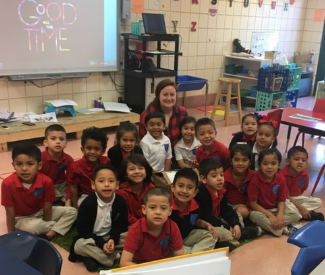 Mission: Santa Clara of Assisi Catholic Academy collaborates with families to provide an excellent multicultural, bi-literate academic program, rooted in the joy of prayer and a faith-filled community, to empower the future. 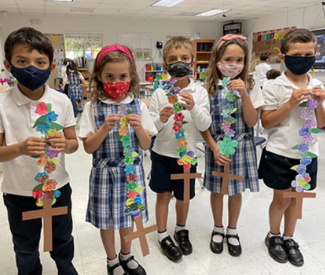 Mission: St. Agnes Academy is a co-educational Catholic elementary school, serving students from grades PreK-3 to 8th. The mission of the school is to provide students strong Catholic values and academic excellence, while encouraging them to be lifelong learners. 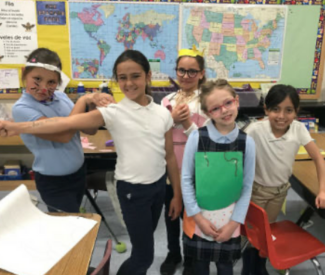 Mission: Saint Anthony’s School provides a quality education for children in grades from Pre-K through 8th grade. in 2010, the school has adopted a “full-language” model, teaching students in both Spanish (90%) and English (10%) beginning with Kindergarten – First Grade and then expanding into the 5th grade. 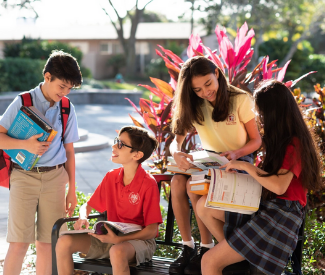 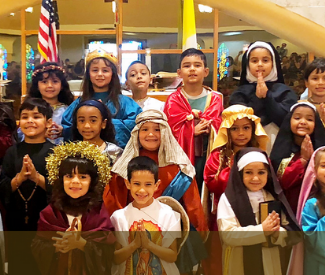 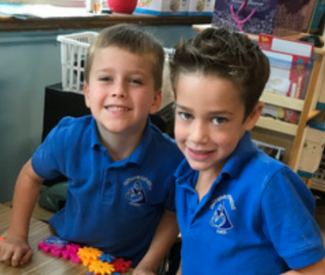 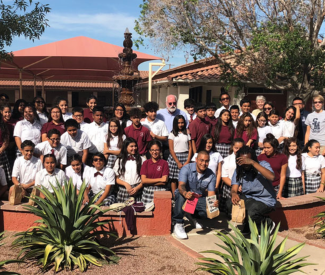 Mission/Philosophy: We instill in our scholars a sense of purpose developed in connection with Jesus Christ in order to promote Christian values and character through education. The formation of responsible Christians who are prepared for their future responsibilities to church, family, and community is an integral part of our mission. Therefore, we are fully committed to the spiritual, intellectual, physical, and social development of each scholar. 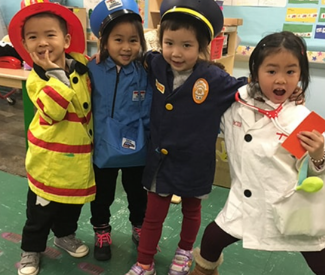 Mission: St. Michael’s Catholic Academy is enriched by and reflects the cultural diversity of the parishes of St. John Vianney and St. Michael’s. The total program at St. Michael’s, from preschool through grade eight, is designed to promote each student’s intellectual and spiritual growth grounded in a deepening relationship with Jesus Christ. Honoring each child’s individual needs, the Academy motivates the student to achieve his/her potential in an atmosphere conducive to academic excellence, holistic growth and social responsibility. 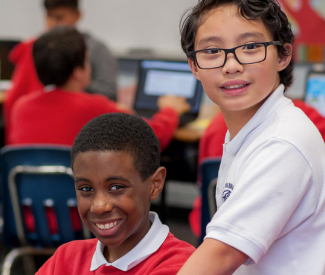 Mission: St. Philomene Catholic School is an inclusive, multicultural, dual immersion community where students achieve academic excellence and become leaders committed to service. We provide a challenging, high-quality education focused on the Gospel values and the teachings of Christ for students in Transitional Kindergarten and grades K-8. Our school focuses on creating and delivering a meaningful, enriching elementary experience for your children - an experience filled with faith, knowledge, discipline and morals.

Inquire about TWIN-CS or membership in the national Network
Meet the TWIN-CS Design Team and Regional Coaches
Earn a Certificate in Bilingual Education for Catholic Educators
For TWIN-CS Members: Access the TWIN-CS Google site

Elena Sada, Ph.D., most recently was assistant professor and director of the online bilingual education program at Eastern Connecticut University. Throughout her 20-year career as an educator, Elena has served as supervisor of ESL, World Languages, and Dual Language Programs in New Rochelle, NY, and West Hartford, CT; as a board member for Upper-West Success Academy in NYC; and as a board member of New York's Brilla Prep Schools, a charter schools network with a Catholic approach. Sada has a master’s degree in Supervision and Administration of Schools and Districts from Hunter College, CUNY; a master’s degree in Theological Studies from the University of Dallas; and a doctorate in Curriculum and Instruction with a concentration in Bilingual and Multicultural Education from the University of Connecticut. 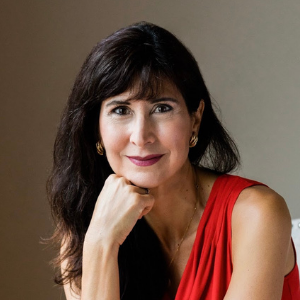