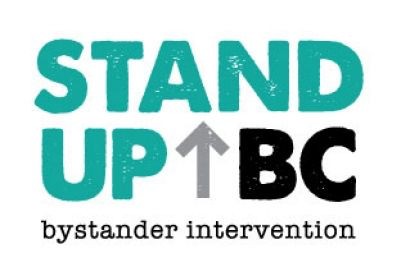 What Is Bystander Intervention?

Bystander Intervention is a sexual assault prevention program that focuses on the importance of prosocial bystander behaviors. The program seeks to empower Boston College students to stand up and speak out to prevent instances of rape and sexual assault from occurring.

As a result of participating in Bystander Intervention education, students will be able to:

Research has shown that several factors influence whether or not bystanders are likely to help a person in need.  People are more likely to step in if they can easily recognize that a situation is wrong, are directly asked to help, and witness others helping. People in a large group are less likely to help because everyone assumes someone else will step in.

These videos put bystanders to the test in several different situations.  What would you do?

This video shows how the silence of bystanders can allow for assault to happen.  It also shows a variety of techniques bystanders can use to prevent sexual assault.

Hopefully these videos give you a sense of how important it is for bystanders to speak out!  Here are some suggestions on how to intervene. We encourage you to intervene in a way that feels comfortable to you. Please call in professional bystanders, like the police, if ever you feel unsafe!

If you see a friend or a stranger in a situation that doesn’t seem right, you could:

Derogatory language contributes to a culture of sexual violence. A rape joke, for example, can minimize someone’s experience as well as normalize that type of behavior. If you hear a friend use the word rape casually, or tell a homophobic, sexist, or racist joke, you could:

In summary, I will support everyone in the Boston College community by listening, continuing to learn, intervening whenever I perceive any form of oppression, and committing to fostering an inclusive and safe environment for all.

Sexual Misconduct is a broad term that encompasses sexual harassment, sexual assault, and other forms of misconduct and violence of a sexual nature. Sexual misconduct can occur between individuals who know each other, have an established relationship, have previously engaged in consensual sexual activity, and between individuals who do not know each other. Sexual misconduct can be committed by persons of any gender identity, and it can occur between people of the same or different gender.