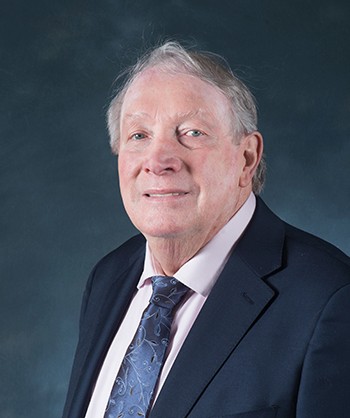 Coming of Age in Literature and Film

Holocaust and the Arts

Biography and Autobiography into Film

Social Issues in Literature and Film

After completing doctoral studies at Harvard University in 1972, John Michalczyk undertook a theology degree at Weston School of Theology in Cambridge, MA. He earned a Masters of Divinity, having graduated “With Distinction” in 1974.

In September 1974, Michalczyk began teaching at Boston College as Assistant Director of the Honors Program where he taught courses in theology, philosophy, and literature. A short time later he added to this curriculum, Film Studies. While continuing to teach in the Fine Arts Department/Film Studies Program, he published 14 books ranging from studies of medicine and ethics in the Third Reich to religion and human rights in the Soviet Gulag.  He served as Chair of the Fine Arts Department, now the Art, Art History and Film Department, from 1996 to 2011.

In 1991, Michalczyk first began to produce professional documentary films, the first being The Cross and the Star: Jews, Christians and the Holocaust,” which has been viewed by thousands of viewers since this time, on television, at conferences, and in Holocaust curricula at colleges and universities. In more than twenty-five years of production, he has created three series of films, some of which have been broadcast on PBS television and others earning Emmy nominations. The first deals with Jewish subjects such as anti-Semitism and Displaced Persons, the second with a focus on disabilities from the perspective of the disabled, and the third, most recent one, on conflict resolution/transformation. In the latter series, Michalczyk produced eight films, dealing with the Balkans, Northern Ireland, the Mideast crisis, the Sicilian Mafia, South Africa, the Gulag, the Berlin Wall, and Kenya. In May 2010, he co-edited a book on a curriculum based on the conflict resolution series.

Since 2002, Michalczyk has mentored countless students in producing films about social justice as part of the Jacques Salmanowitz Program at Boston College. These students have produced more than 50 documentaries on international subjects. For the past several years he has co-directed the Jewish Studies Program. He continues to organize conferences, with many having touched on the Holocaust, World War II, the Spanish Civil War, McCarthy and the Press, Japanese Internment Camps, and the like. Over the past years he has collaborated with his wife, Susan, on projects dealing with film production and publication.