How social workers can break the yoke of oppression 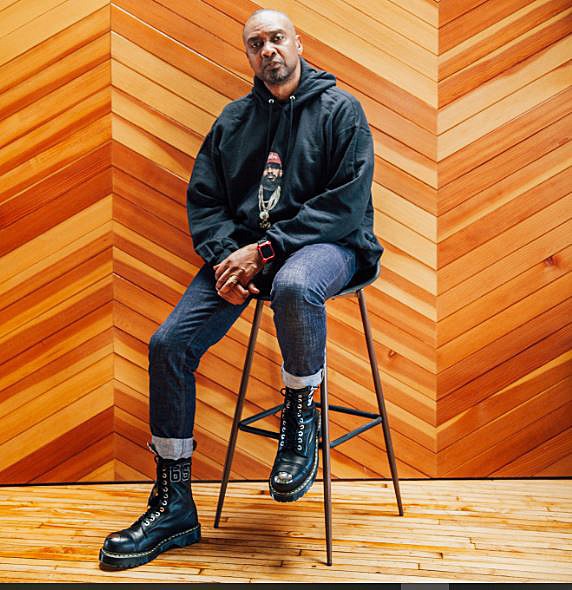 Resmaa Menakem spoke to students, faculty, and staff in the School of Social Work.

The killing of Daunte Wright, a 20-year-old Black man, who was shot by a police officer during a traffic stop in Minnesota on Sunday, has upended his daily life.

“My wife told me last night that I was moaning a lot in my sleep and it felt like pain,” Menakem said on Tuesday. “I’m not eating right,” he added. “My thoughts are really muddled. Lately, it’s been feeling like I’m trudging through mud.”

Menakem was giving a virtual talk on racial trauma to students, faculty, and staff in the Boston College School of Social Work. If you missed it, you can watch it now.

Wright’s killing follows the deaths of George Floyd, Breonna Taylor, and Ahmaud Arbery, which sparked protests against anti-Black racism across the globe. Over the past several days, protesters have taken to the streets of the Minneapolis suburb of Brooklyn Center to rally in honor of Wright.

“What happens is not episodic, it’s structural,” Menakem said of the killing of Black people at the hands of police. “There is no point in our history of policing in America where policing and white body supremacy have not been braided together.”

Menakem said that social workers have a responsibility to break the yoke of racism and oppression. “Social workers have to create room for communities to reclaim and reestablish their own ways of healing,” he said. “To me, a social worker is supposed to be somebody who goes, ‘My people are hurting and I have some skills to upend what is hurting them.’”

Menakem has tried to comfort people in the aftermath of the killing of Wright. Sometimes, he said, the people he is trying to help don’t need to speak to relay what they are experiencing.

“Part of why I’m so tired is I’m holding a lot of people,” he said. “They reach out and I’m on the phone or Zoom and they don’t even say anything. They’re rocking or they’re crying. They’re laughing, they’re raging.”