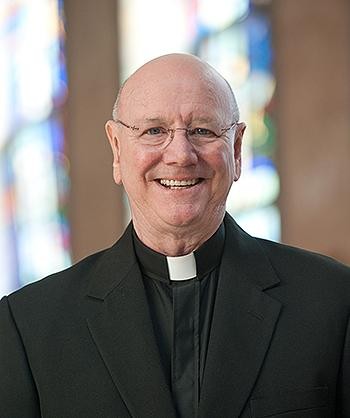 John F. Baldovin is Professor of Historical and Liturgical Theology at the Boston College School of Theology and Ministry. He is a priest of the New York Province of the Society of Jesus. He received his BA from the College of the Holy Cross, an MDiv from Weston School of Theology, an MA, MPhil and PhD from Yale University.
Fr. Baldovin has taught at Fordham University, the Jesuit School of Theology at Berkeley, and, since 1999 at Weston and now BC’s STM. He has also been visiting professor at The University of Notre Dame and St. John Vianney National Seminary in Pretoria, South Africa. He served on the advisory committee for the Bishops’ Committee on the Liturgy of the USCCB (1989-1993) as well as the advisory committee of the International Commission on English in the Liturgy (ICEL) from 1994-2002. He is past president of the N. American Academy of Liturgy as well as the international ecumenical Societas Liturgica. He received the Berakah Award for distinguished achievement from the NAAL in 2007. He is currently president of the International Jungmann Society for Jesuits and the Liturgy. He has also received the Jubilate Deo award from the National Association of Pastoral Musicians in 2021.
He has served on the Board of Trustees of the College of the Holy Cross and currently serves on the Board of Trustees of Fairfield University. He is also a member of the Board of Directors of the journal, Theological Studies. His fields of expertise are the history and theology of the liturgy, sacramental theology and the theology of ministry ordained and lay. Fr. Baldovin assists on weekends at the Catholic parishes in Cambridge and Lexington, MA. He has published on liturgy widely in journals including Worship, Theological Studies, America and Commonweal. His writings have been translated into French, German, Spanish, Italian, Japanese and Albanian.
Fr. Baldovin has a number of presentations with Now You Know Media, the latest of which, The History of the Mass, has recently been released as a DVD. His latest books are Living Bread, Saving Cup: Understanding the Mass (Rowman and Littlefield, 2003), Reforming the Liturgy: A Response to the Critics (Liturgical Press, 2008) and Catholic Sacraments, edited with David Turnbloom (Paulist Press, 2015). He has also co-edited a commentary on the revised Order of Mass with Mary Collins, Edward Foley, and Joanne Pierce (20090.)