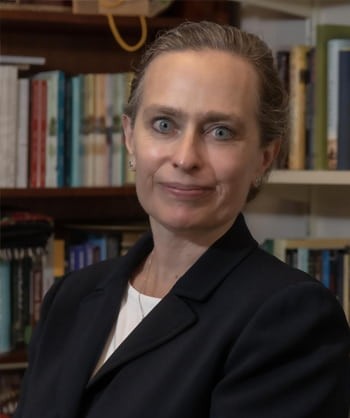 Dr. Natana J. DeLong-Bas is the author of Shariah: What Everyone Needs to Know (with John Esposito, 2018), Islam: A Living Faith (2018), and Wahhabi Islam: From Revival and Reform to Global Jihad (rev. ed. 2008, translated into Arabic, Russian, and French and named 1 of the top 5 books for understanding Islam by the Wall Street Journal), among other books. She is editor of Islam, Revival & Reform: Redefining Tradition for the Twenty-First Century (2022) and The Oxford Handbook of Islamic Reform (forthcoming 2023), and Editor-in-Chief of Oxford Bibliographies Online – Islamic Studies. Past President of the American Council for the Study of Islamic Societies (ACSIS), she is an expert on Islam and Christianity, comparative scripture (Bible and Qur’an), women and gender, Islamic law, the environment, extremism, and the Arabian Gulf countries.

·       Winner of the 2014 Prose Award Honorable Mention for multi-volume reference from the American Publishing Association.

“From Subjects and Objects to Citizens and Society Influencers: Saudi Arabian Women in Religion, History and Contemporary Society,” presented to School of Foreign Service for Alwaleed Center for Muslim-Christian Understanding, Georgetown University, Feb. 1, 2022.

“Sharia: What Does Everyone Need to Know,” conference on “The Islamic World Today: Issues and Perspectives,” Brigham Young University, October 18-29, 2021. https://www.youtube.com/watch?v=2Z8sN-Ygt6A

Major Grant from the Marion and Jasper Whiting Foundation for environmental study in the Galapagos Islands, May 2019-May 2022.

Major Grant Award from Institute for the Liberal Arts for conference on “Islam in the Post-Obama Era,"  Boston College, April 2018.