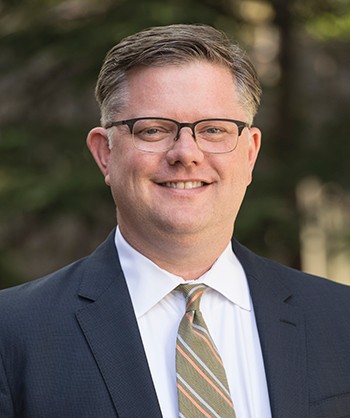 Erik Owens is director of the International Studies Program and associate professor of the practice in theology at Boston College. Bridging the fields of religious ethics, political philosophy, and education, his research explores a variety of intersections between religion and public life, with particular attention to issues of citizenship in global contexts and the challenge of fostering the common good in religiously diverse societies.  He is the co-editor of three books: Gambling: Mapping the American Moral Landscape; Religion and the Death Penalty: A Call for Reckoning; and The Sacred and the Sovereign: Religion and International Politics, the last of which was called a "must read" by Foreign Affairs in 2009. He has also published a number of scholarly journal articles, book chapters, and encyclopedia articles, as well as essays for the general public.

Owens teaches interdisciplinary courses on ethics and religion in international politics; religion in American public life (including religion in public schools); and political theologies of citizenship. In 2017 he taught a BC Summer Abroad course in South Africa with Prof. Stephen Pope on religion, justice and reconciliation.

At the American Academy of Religion, Owens served on the Committee on the Public Understanding of Religion from 2013-2019, and was twice appointed its chair from 2017-2019. In that capacity he founded the AAR's Public Scholars Project in partnership with the Religious Freedom Center and other academic centers and non-partisan institutions. He has also served on the steering committee and as co-chair of the AAR's Religion and Politics section and its "Religion and Public Schools: International Perspectives" program unit.

He received his Ph.D. in religious ethics from the University of Chicago, an M.T.S. from Harvard Divinity School, and a B.A. from Duke University.


[ Students can book an appointment with Prof. Owens here. ]