Don't Get Stuck in "the Idea Phase"

Riley Soward ‘18 returns to the Heights, speaking of self-driving cars and how to get moving with any startup
March 15, 2022 | by Laura Davis

In the late afternoon of February 28, an eager group of students gathered roundtable-style for an Ask Me Anything talk with Riley Soward, Carroll School ‘18. The event took place in a light-filled conference room at the spacious quarters of the Edmund H. Shea Jr. Center for Entrepreneurship on the first floor of Boston College’s newly opened Integrated Sciences Building at 245 Beacon Street. Soward, clad in jeans and a hooded sweatshirt—the unofficial uniform of those working in the world of tech—was candid with the roughly 25 students in attendance at the event. 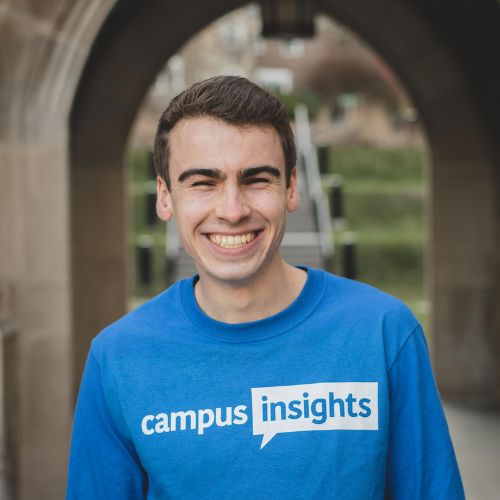 Soward’s own Boston College experience deviated slightly from “normal.” The idea for Campus Insights—a market research startup Riley founded in his freshman year, and then sold to Harvard Student Agencies as a senior—came from a conversation with Patrick Allen, Morrissey ‘13. Allen, a recent grad at the time, encouraged Soward to capitalize on his access to college students and then sell his findings to companies like Airbnb and Venmo (which later became customers).

“As a student, it’s the easiest thing in the world to go talk to college students on campus, but adults don’t have access to that demographic,” Soward pointed out. Thus, Campus Insights was born.

The conversation opened, perhaps unsurprisingly, with a question about how he was able to grow a successful business as a student and balance it with classes and extracurriculars. Soward gave a sobering reply.

Leading alumni returned to the Heights—both virtually and in-person—for the recent Tech & Entrepreneurship Fair hosted by the Edmund H. Shea Jr. Center for Entrepreneurship and its student executive council, Start@Shea. Twenty-three companies attended with the hopes of recruiting summer interns or new employees, among them big-name brands like Oracle and Snapchat. Also on hand were several alumni-founded start-ups: ColdSnap, Candor, GiveCard, and Frenalytics.

“I quickly saw what was necessary to grow the idea for Campus Insights,” he said. That meant cutting off things he’d previously been involved with and making sacrifices—sacrifices he understands not every college student wants to make. “There were pros and cons” about this decision, Soward acknowledges. “But once we started having clients, we knew we’d lose the clients if we didn’t deliver on a specific deadline.”

Julia Burdsall, a first-year Carroll School student from Bend, Oregon, followed that up: “How did you keep yourself motivated to work on Campus Insights as a student?” Soward didn’t reflect for long before providing a laundry list of advice—a lull in motivation is something he understands well. “Think intentionally about how to generate momentum,” he advised, warning students against getting stuck in what he calls “the idea phase.”

In that phase, says Soward, “you can spend a ton of time thinking about your idea, map out every screen of the app, and at the end of the day, you’ve thought it through, but there still isn’t actually a business or product yet.” Instead, he recommends breaking your to-do list down into more tangible items. Identify a problem, come up with the solution, and then take action.

“Can you get just two customers and build something really scrappy?” Soward asked the gathering. The students, over half of whom were freshmen and sophomores, considered his question. A few scribbled down notes: possibly a reminder to take action on the idea that’s been percolating for too long. Curious onlookers peeked through the floor-to-ceiling windows of the Shea Center as the conversation continued.

When You Realize You’re Driving in the Wrong Direction

Soward calls the formation of Campus Insights “serendipitous,” but perhaps he isn’t giving himself enough credit. After all, among the nuggets of wisdom that Soward dropped throughout the meeting was forward-thinking advice about how to come up with an idea for a business. Having graduated from the Carroll School fresh off the rush of the sale of his first business, he took a job at Nuro, a self-driving car startup with roughly 100 employees at the time. On taking that role, Soward mused, “The plan was to go and learn for two years, find a problem to solve related to the industry, and create my own new business around that.” 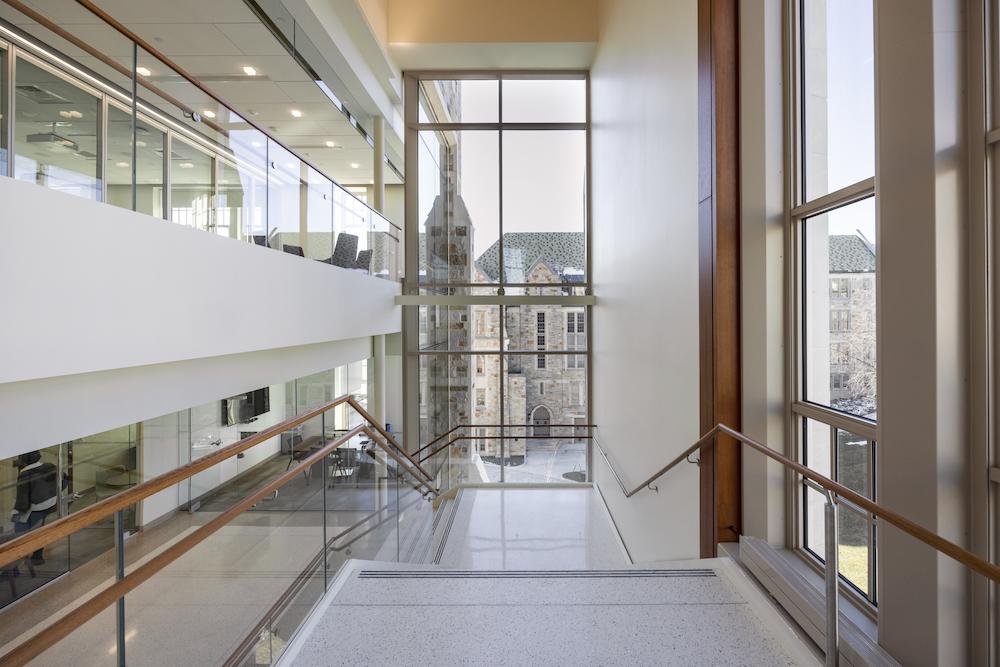 There turned out to be lots of interesting problems to tackle in the self-driving-car sector, “but none that made sense to create a business around,” Soward said. He explained that “frontier tech,” as he called it—naming meat grown in labs as another example—is a slower-moving area of technology because of all the unexpected problems that arise. He encouraged students to look for work in industries that are rapidly growing by revenue, not by number of employees. More employees signifies more complex problems needing to be solved, whereas more revenue signifies the type of growth you might be able to create a new business around.

Thus, Soward pivoted. After nearly three years at Nuro—and the addition of 1,000 or so new employees—he found himself “itching to get back to a business in that growth stage.” He’s taking on new challenges and ventures, while continuing as an advisor to Aryeo, a content marketing platform for the real estate industry, co-founded by Branick Weix, Carroll School ‘19. Said Soward, “Acquiring the first 1,000 customers is so fun.”

Read about the sale of Campus Insights to Harvard Student Agencies

“So how do you get your first 1,000 customers?” countered Brittany Arhin, a political science major in Morrissey’s class of 2023 from Bronx, New York. Other students nodded and leaned in, poised with pens and laptops to take notes, eager to listen in on these valuable trade secrets for the ambitious. Soward smiled as he recounted the “scrappy” experiments he ran, both at Campus Insights and at Nuro.

One such experiment involved giving back to the local community of Houston, Texas. Nuro was in the process of researching an idea to bring self-driving grocery delivery to market, with busy parents as the target demographic. They partnered with nearby schools and offered an incentive of a $10 donation to the school for every order placed that week. Parents flocked to the app to try Nuro’s innovative grocery delivery service in what became the company’s highest revenue week on record to that point. The idea to partner with more schools as Nuro expanded into new neighborhoods was “included in the launch playbook moving forward,” recalled Soward.

After an hour-long Q&A, the event closed with Soward’s reflection on the brand new space for the Shea Center, in which he played an active role during his time on the Heights. In fact, Soward chose Boston College in part for its commitment to fostering entrepreneurship. “It’s so cool to see this space,” he commented. “I remember when we would meet in random classrooms—so this is really exciting.”

Soward was one of many entrepreneurs and experts to speak during a series of Shea Center talks, which are still ongoing both virtually and in-person. Among the recent speakers are Ivan Alo (CSOM '12), Katie Diasti (CSOM '19), and Lindsay LoBue (CSOM/MCAS '96). Many of the events, including this one, are sponsored by Start@Shea, the student executive team at the Edmund H. Shea Jr. Center for Entrepreneurship.