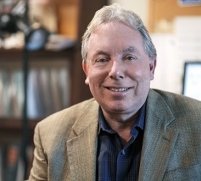 Daniel Kanstroom is Professor of Law and Thomas F. Carney Distinguished Scholar at Boston College Law School, where he teaches Immigration and Refugee Law, International Human Rights Law, Constitutional Law, and Administrative Law. He is co-Director of the Center for Human Rights and International Justice and of the Post-Deportation Human Rights Project, which seeks to conceptualize and develop a new field of law while representing US deportees abroad. He founded the Boston College Immigration and Asylum clinic in which students represent indigent migrants and asylum-seekers.  Together with his students and co-counsel, he has provided counsel for hundreds of clients, won dozens of immigration and asylum cases [and lost a few], and authored amicus briefs for the U.S. Supreme Court and many other courts.

His articles, book reviews and op-eds have appeared in the Harvard Law Review, the Yale Journal of International Law, the UCLA Law Review, the New York Times, the Washington Post, the French Gazette du Palais, and many other venues

He has taught at many universities including The Fletcher School of Law and Diplomacy, American University, the University of Paris, Northeastern School of Law, King’s College, London, the University of Hawai’i, and Vermont Law School. He was a member of the National Immigration Commission of the American Bar Association and on the advisory boards of the PAIR Project and the Rappaport Center.