Events for Fall 2021 are being added on an ongoing basis. Thank you for your interest. 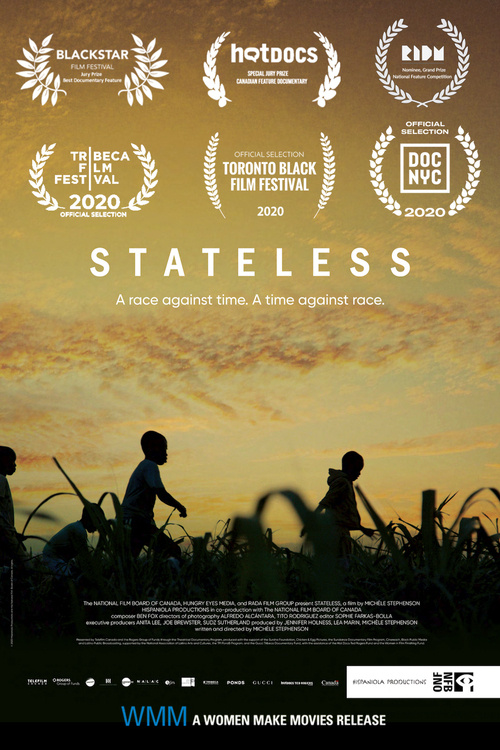 Screening of "Stateless," a documentary about racism and immigration in Haiti & the Dominican Republic

Note: this event and the screening have been moved entirely online to Zoom and there will not be an in person option as previously planned. We apologize for any inconvenience.

To attend via Zoom, you please register at this link, (also available at the link at the "Register" button in the event listing).  Note that you will need to be logged into a Zoom account to access the webinar of the event. Thank you.

With introduction and background from Franciscka Lucien, Executive Director of the Institute for Justice & Democracy in Haiti

A film by Michèle Stephenson.

In 1937, tens of thousands of Haitians and Dominicans of Haitian descent were exterminated by the Dominican army, based on anti-black hatred fomented by the Dominican government. Fast-forward to 2013, the Dominican Republic’s Supreme Court stripped the citizenship of anyone with Haitian parents, retroactive to 1929. The ruling rendered more than 200,000 people stateless, without nationality, identity or a homeland. In this dangerous climate, a young attorney named Rosa Iris mounts a grassroots campaign, challenging electoral corruption and advocating for social justice. Director Michèle Stephenson’s new documentary Stateless traces the complex tributaries of history and present-day politics, as state-sanctioned racism seeps into mundane offices, living room meetings, and street protests. At a time when extremist ideologies are gaining momentum in the U.S. and around the world, STATELESS is a warning of what can happen in a society when racism runs rampant in the government.

Filmed with a chiaroscuro effect and richly imbued with elements of magical realism, STATELESS combines gritty hidden-camera footage with the legend of a young woman fleeing brutal violence to flip the narrative axis, revealing the depths of institutionalized oppression.

RSVP at the red "Register" button on the online event listing, or at: tinyurl.com/1019stateless 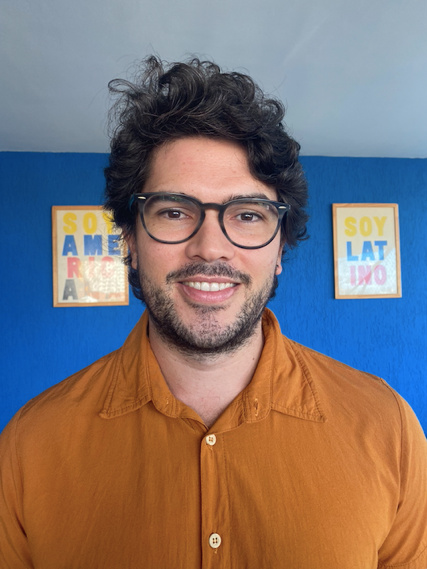 Workshop: The use of music and the body as a tool for group integration in contexts of structural violence

Led by James Ferreira Moura, Professor of the Interdisciplinary Bachelor of Humanities at the University of International Integration of the Afro-Brazilian Lusophony (UNILAB) and of the Graduate Program in Psychology at the Federal University of Ceará (UFC), Brazil, and Visiting Fulbright Scholar of the Center 2021-2022.

Structural violence can weaken the capacity of the individual to express themselves. It can also contribute to developing attitudes of social isolation. Thus, from experiences of group facilitation in contexts of poverty and structural violence in Brazil, it is observed that the planned use of certain songs together with suggestions of bodily movements can foster group integration. The contributions of Biodanza from Rolando Toro are the basis for this workshop. There are not any specific requirements for attending this workshop.

Participation limited to 20 participants. If there is additional interest we will create a waiting list.

Register at the maroon register button on the event listing or at tinyurl.com/MouraWorkshop1109.

Why does a country with religious liberty enmeshed in its legal and social structures produce such overt prejudice and discrimination against Muslims? Sahar Aziz’s groundbreaking book demonstrates how race and religion intersect to create what she calls the Racial Muslim. Comparing discrimination against immigrant Muslims with the prejudicial treatment of Jews, Catholics, Mormons, and African American Muslims during the twentieth century, Aziz explores the gap between America’s aspiration for and fulfillment of religious freedom. With America’s demographics rapidly changing from a majority white Protestant nation to a multiracial, multireligious society, this book is an in dispensable read for understanding how our past continues to shape our present—to the detriment of our nation’s future.

This will be a hybrid event with in person attendance and also broadcast over Zoom.  Registration for either option at the maroon "Register" button in the event listing, or at tinyurl.com/Aziz1117. You may also go directly to the Zoom registration link at: https://bccte.zoom.us/webinar/register/WN_k6Uglp_ySDeb8wwYGo_lug

Please note that face masks will be required for in person attendance as consistent with local law.

We are currently planning to offer this event virtually through Zoom as well as in person.  Registration for either option at: tinyurl.com/1208CHRIJ