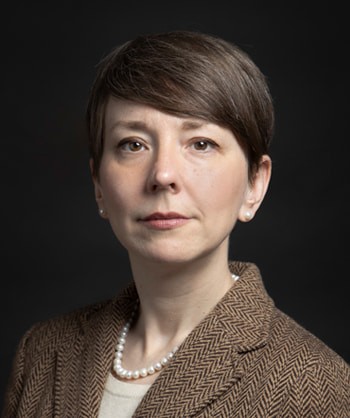 Professor Ross’s research obsessions lie in the world of Renaissance Europe, and especially in Italy. Working at the intersection of social and intellectual history, she is fascinated by the ways that people outside the ranks of the robustly enfranchised encountered, talked about, drew inspiration from, and improved their lives through education in general, and the classical literary tradition in particular. She has published extensively on women writers, and the dynamics of Renaissance feminism. She has also unearthed from wills and household inventories the literary lives of ordinary Venetian men and women, telling their stories in her recent book Everyday Renaissances: The Quest for Cultural Legitimacy in Venice (2016). Ross’s current work turns to class-defying, genre-obliterating, gender-bending commedia dell’arte performers. Her new project follows the Andreini family (a dynasty of actors) through two generations as they wooed patrons, lured audiences, and dodged Counter-Reformation censors.

Ross rejoices that her research and writing have been supported not only by Boston College but also by a number of external foundations, including the Gladys Krieble Delmas Foundation, the Society of Fellows in the Liberal Arts at Princeton University, and Villa I Tatti, Harvard University’s Center for Italian Renaissance Studies.

Books, ideas, the gloriously strange people who love books and ideas, artistic people, everyday people – these are the protagonists of Professor Ross’s courses no less than her research. For undergraduates she offers a History Core, “Europe and the World I,” as well as electives on the “Age of the Renaissance,” and “Odysseys in the Western and Islamic Traditions,” which she co-teaches with Professor Dana Sajdi. Ross also teaches a research seminar on “Women of the Renaissance” for history majors. Ross’s graduate courses include a colloquium on early modern Europe, and one on “Gender History and the Scholar’s Craft Today.” She has several new undergraduate electives in the planning stages, including one on the Venetian Empire, and another on sex, sexuality, and gender in the commedia dell’arte.