Acting Theatre Department Chair | Professor of the Practice of Theatre 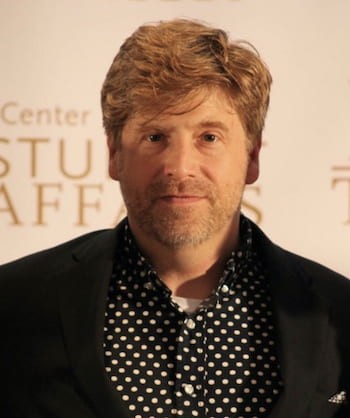 Professor Jorgensen's scholarship centers on theatre education, actor training, the development of new plays and the work of Augustus Boal and the Theatre of the Oppressed.

His professional acting credits include: voices work for “Albino Lullaby” (video game), The Shaughraun at the Huntington Theater and Smoke Signals at Chicago’s Remains Theatre. He has appeared in various roles on television and film, including the film School Ties and Starving Artists.

Luke is currently the Artistic Director of the Tufts University Children’s Theatre. Recent productions he has directed at Tufts University include Noises Off, The Pillowman, Six Degrees of Separation, and The Arabian Nights.

At Boston College Luke services as the director and consultant for the First Year Experience, and he is also the faculty advisor for My Mother’s Fleabag, and Hello Shovelhead! Luke has also directed various productions at BC, including The Servant of Two Masters, A Midsummer Night’s Dream, Picasso at the Lapin Agile, Moliere’s The Flying Doctor, and The Forced Marriage, The Crucible, The King Stag, Metamorphoses (Winner of a KCACTF Ensemble Award), and Codemonkey (which he also wrote). Codemonkey was a semi-finalist in the NY Musical Theatre New Works selection process.