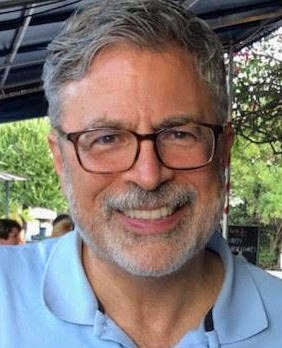 Cavaliere (Knight) in the Ordine della Stella d'Italia awarded by the President of the Republic of Italy, October 2005, in recognition of achievement in the promotion of Italian language and culture.

Ranked among the "Top 3%" of all academic researchers consulted on academia.edu.

Bernini: His Life and His Rome. Chicago: University of Chicago Press, 2011.

Francis Xavier and the Jesuit Missions in the Far East: An Anniversary Volume of Early Printed Sources in the Jesuitana Collection of the John J. Burns Library, Boston College, co-editor. Chestnut Hill: The Jesuit Institute, 2006.

The Preacher's Demons: Bernardino of Siena and the Social Underworld of Early Renaissance Italy. Chicago: University of Chicago Press, 1999.

review of Marcia B. Hall and Tracy E. Cooper, eds., The Sensuous in the Counter-Reformation Church (Cambridge University Press, 2013), caa.reviews (online publication of the College Art Association), May 15, 2014.

"Bernini: A Discussion of His Works at the Getty (and Elsewhere)."  Presentation for the Docents of the J. Paul Getty Museum, Los Angeles, CA. June 18, 2022.

"Bernini and Caravaggio: Kindred Spirits." Dartmouth College, sponsored by the Department of French and Italian, May 11, 2022.

"Hope and Healing: The Role of Art in Times of Pandemic (Italian Art and the Bubonic Plague, 1500-1800). Online interview for Faculti.net, March 2021

“Bernini, the Jesuit Artist?” Presentation at the Symposium, “Art of the Gesù: Bernini and His Age,” Fairfield University Art Museum, Fairfield, CT, April 6, 2018.

"The Evolving Profile of the 'Witch' in Early Renaissance Europe: The Trial of Matteuccia of Todi, 1428." Arizona Center for Medieval and Renaissance Studies, 21st Interdisciplinary Conference, February 6, 2016, Scottsdale, AZ.

"Michelangelo: The Life and Works of the Renaissance Genius." Presentation for the Docents of the Phoenix Art Museum, in conjunction with the exhibition, "Michelangelo: Sacred and Profane. Drawings from the Casa Buonarroti, Florence." February 5, 2016.

Bernini: His Life and His Rome: lecture given at The Kimbell Art Museum, Fort, Worth, Texas, March 2, 2013 and The Phoenix Art Museum, Phoenix, Arizona, October 23, 2013.

"Bernini's Models in Clay: What the Biographical Sources Reveal," paper given in the symposium, "Bernini Beyond Clay," Harvard University, the Mahindra Humanities Center, Nov. 16, 2012.

"Bernini and the Baroque Transformation of the Catholic Imagination," public lecture, Villanova University, Oct. 2, 2012, sponsored by the Villanova Office of the Vice President for Mission and Ministry.

"Bernini and His Rome," public lecture at the Italian Institute for Culture, San Francisco, Feb. 17, 2012.