Professor and Chairperson of the Department 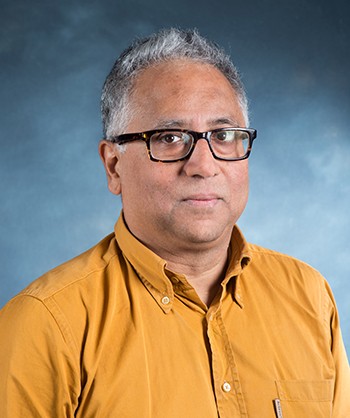 Professor Parthasarathi joined the faculty in the fall of 1998. He teaches courses on
modern South Asia, global history, and environmental history. He is now engaged
in a study of environmental change, agriculture, and labor in nineteenth-century South India. His research has been supported by fellowships from the Dibner Institute, the American Council for Learned Societies, and the Radcliffe Institute. He serves on the editorial boards of a number of journals, among them International Labor and Working Class History, Textile History, and the Medieval History Journal. In 2020, he co-curated “Indian Ocean Current: Six Artistic Narratives” at the McMullen Museum of Art at Boston College.

“Forests and a New Energy Economy in Nineteenth-Century Tamilnad,” in Gareth Austin (ed.), Economic Development and Environmental History in the Anthropocene: Perspectives on Asia and Africa (London: Bloomsbury Books, 2017), pp. 145-58

Why Europe Grew Rich and Asia Did Not: Global Economic Divergence 1600-1850 (Cambridge, 2011) - Received the Jerry Bentley Book Prize of the World History Association and was named a Choice magazine outstanding academic title

"The Great Divergence," Past and Present (August 2002)

"Rethinking Wages and Competitiveness in the Eighteenth Century: Britain and South India," Past and Present (1998)