In recent years, structural racism’s impact on health has emerged as one of the most important issues in medicine. But epidemiologist Nadia Abuelezam, an associate professor at the Connell School of Nursing (CSON), has been thinking about how racial and ethnic identity affect well-being since the 1990s—when she was in grade school.

“I grew up in an immigrant family,” says Abuelezam, whose parents came to the United States from Palestine. As a child, she was proud of her heritage, but something puzzled her: the standardized tests she took in school required her to provide personal demographic information, but they never included a check box for “Arab American.” 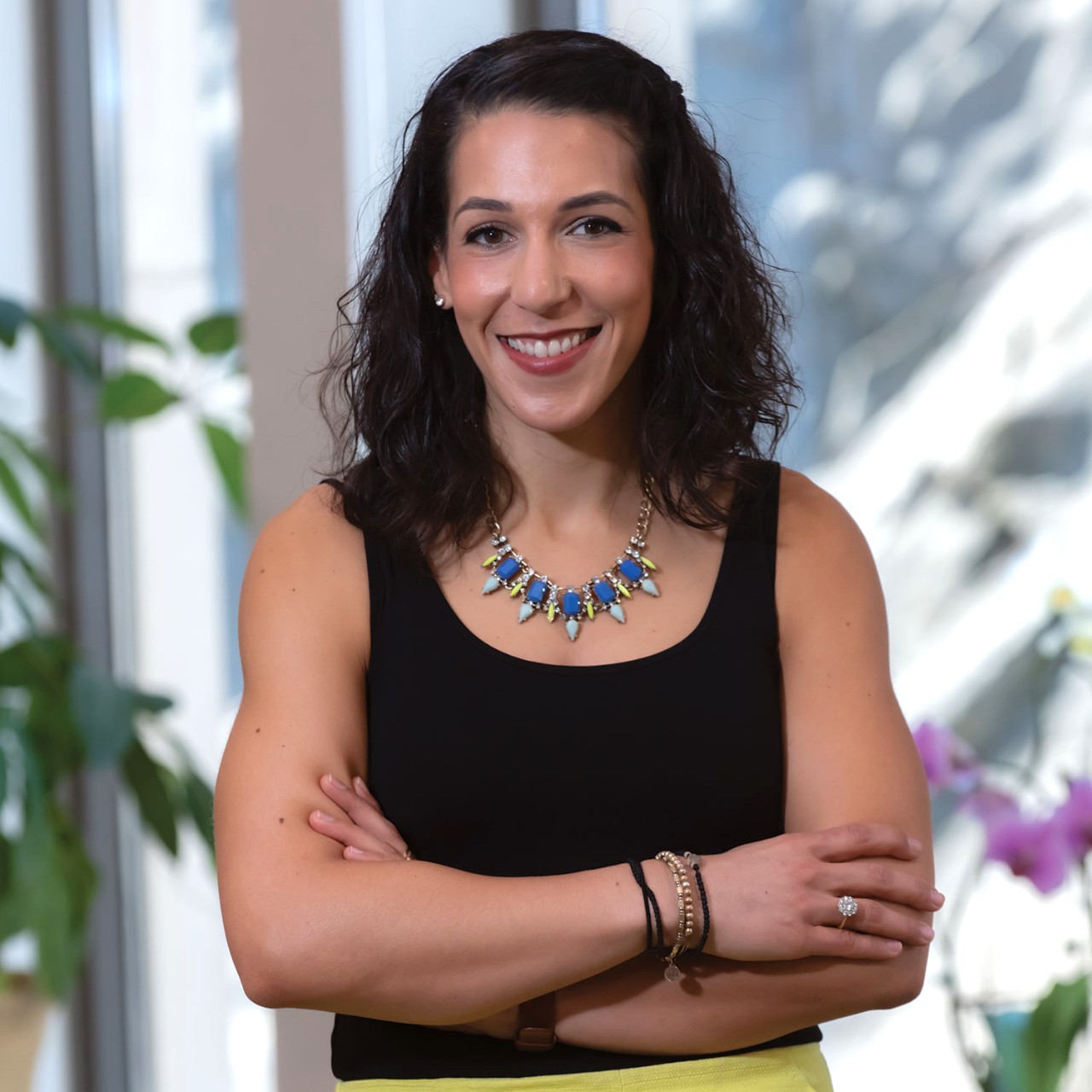 Through mathematical modeling, Abuelezam applies her passion for numbers to find the missing data needed to fight disparities that influence health outcomes for underserved populations. In 2021, she received a Maximizing Investigators’ Research Award (MIRA) from the National Institute of General Medical Sciences for a project titled “Advancing Methods in Infectious Diseases Models: Incorporating Structural Causes.” Abuelezam will use the five-year, $1.9 million grant to ask and answer questions that are intensely relevant to present and future health crises. How do factors such as your ZIP code, education, job, and diet influence your risk for the flu or COVID-19? If you get infected, how do these variables affect whether you have mild symptoms or end up in the hospital—or worse? How might eliminating health disparities ease the impact of infectious diseases like COVID-19 on hard-hit communities?

Those who know Abuelezam’s work say she is the right researcher to confront these questions. “Nadia is one of the leading scholars of her generation in the field of population health,” says epidemiologist Sandro Galea, M.D., dean and Robert A. Knox Professor at the Boston University School of Public Health, who has collaborated with Abuelezam on several studies. “She’s a clear thinker and really committed to pursuing interesting and relevant research. And she’s unafraid of tackling difficult questions.”

Abuelezam arrived at BC as an assistant professor in 2014 and was promoted to associate professor with tenure in 2022. As she begins work on the MIRA grant, she is dialing back on an unexpected role she assumed during the height of the COVID-19 pandemic: delivering plain-spoken, expert explanations about the coronavirus for media outlets including the New York Times, Wall Street Journal, MSNBC, and many others.

“It was a whirlwind,” says Abuelezam, who recalls an appearance on CNN as a particular highlight of her stint in the spotlight. “For my immigrant parents to be able to turn on the TV and see me—I think it was a really proud moment for them.”

Finding Meaning in the Numbers

Abuelezam grew up in Millbrae, California, just south of San Francisco. She excelled in mathematics, which became her major when she enrolled at Harvey Mudd College. “I really loved numbers and doing math, but there really never felt like there was a purpose behind it,” she says. That changed in her sophomore year, when Abuelezam attended a lecture about using mathematical models to study the spread of HIV and other infectious diseases and develop strategies to control epidemics.

“I was blown away to learn how mathematics, and mathematical modeling, could actually be useful in policymaking for HIV treatment and prevention,” recalls Abuelezam. She had always been fascinated by medicine, too, though she didn’t see herself becoming a physician. The lecture helped guide her to the field of epidemiology. “It seemed to be a good mix of the two disciplines of mathematics and medicine with the ability to serve others through my work,” says Abuelezam.

A year later, in 2008, Abuelezam interned in rural Uganda with The AIDS Support Organization, a group that provides counseling, nursing care, and other assistance to AIDS patients and their families in that country. “That was really transformational—seeing how an infectious disease can be the underpinning of so many different aspects of life,” says Abuelezam. For her senior thesis, she developed her first mathematical model, which examined differences in access to HIV treatment in rural and urban Uganda.

After earning a bachelor’s degree in mathematical biology in 2009, Abuelezam pursued a doctorate in epidemiology at the Harvard T.H. Chan School of Public Health. While there, she developed more sophisticated mathematical models and applied them to the study of HIV transmission in South Africa and health disparities among Black men who have sex with men in the United States. 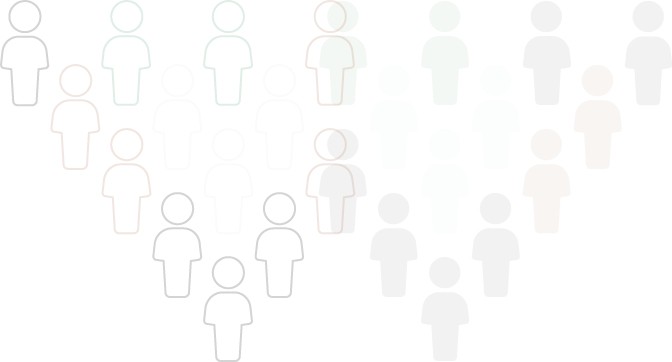 In addition to her use of mathematical models, Abuelezam has applied other epidemiological tools to study the health of Arab Americans, who are often lumped in with other races and ethnicities when researchers compile health data. “When your lived experience is not represented, your health outcomes are not represented, and you become invisible,” she says.

By digging deep into sources like statewide health surveys and birth certificates, she unearthed critical data about Arab American health that has led to a string of recent publications, many of which represent the first efforts to examine specific health outcomes in this distinct population, including a 2021 Journal of Racial and Ethnic Health Disparities study that assessed COVID-19 vaccine hesitancy among Arab Americans. A key finding: Arab American women are twice as likely as their male counterparts to be unsure about receiving the vaccine, which suggests that they could be targeted with public health messages aimed at boosting their confidence in vaccination.

Mathematical models allow scientists to change one or more variables to see how individual changes might influence the behavior of an entire system. “By turning the dial up or down for different parameters, we can see what happens to infectious disease rates, morbidity, and mortality,” says Abuelezam.

She offers nutrition as an example: people who eat unhealthy diets due to poverty or lack of access to grocery stores (as in many urban neighborhoods) may have weakened immune systems. “If you don’t have a strong immune system, you may be more susceptible to acquiring and spreading infectious diseases,” says Abuelezam. “But if we reduce the number of people who are food insecure, such as by increasing the number of food banks in a city, we can ask the question, Would that decrease the amount of influenza we see out in the real world?”

Abuelezam is currently focused on the MIRA project, which will develop new modeling tools for understanding how racial disparities influence the transmission of infectious diseases. The first step, she explains, is to create a generic model of how influenza spreads within a population—such as an average U.S. city or state—over time. (Abuelezam will eventually apply the same model to tracking the coronavirus that causes COVID-19, but will start with influenza, since there is more historical data about the flu.) She eventually hopes to apply this model to study disparities and their health impacts in a specific Massachusetts city or town.

There are various types of mathematical models; for the MIRA project, Abuelezam is developing an individual-based model. “We’ll have a representation of every individual in a population and track them as they live their lives,” she says. “If Person A in our model becomes malnourished, we then follow them and see whether they are more or less likely to acquire an infectious disease in our representation of their life. And we do that for an entire population.” 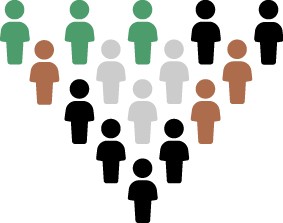 Abuelezam and her team will use their model to ask how disparities affect infectious disease transmission and severity. Would reducing unemployment help? What would be the impact of offering educational grants that allow young residents to finish high school and attend college? What about enacting tougher laws to curb redlining or the discriminatory practice of denying services (like real estate loans) to residents of certain neighborhoods based on their race or ethnicity?

The data generated by Abuelezam’s model could one day help inf luence policies that address these and other questions, shaping a better future. That future took on a new meaning for her last July, when she and her husband, Vincent Minucci, had their first child, a boy named Sami.

“It changed everything,” says Abuelezam. “It’s made me think more long term about some of the outcomes that I’m going to be modeling. A lot of the decisions we’re making today with regard to COVID-19 and other infectious diseases could have consequences for future generations. That’s definitely a new perspective that I bring to my work.” ▪