Though not primarily designed to promote mental health, America’s jails and prisons have become integral players in the country’s health care system. Recent policies—including the widespread closure of state psychiatric hospitals—have produced a national incarcerated population of 2.2 million people whose rates of serious mental illness are as high as 25 percent, far exceeding those found in the general public. Today, for every severely mentally ill person in a hospital bed, there are 10 in the correctional system.

All of these disorders pose real challenges for clinicians working in the most salutary conditions, let alone amid the stressful experiences that patients can go through while incarcerated. That is why Victor Petreca, an assistant professor at the Connell School of Nursing, has dedicated his career as a forensic nurse to meeting the distinct mental health needs of this at-risk population—and his research to finding safe ways of preventing people whose needs would be better addressed in other settings from getting incarcerated in the first place. 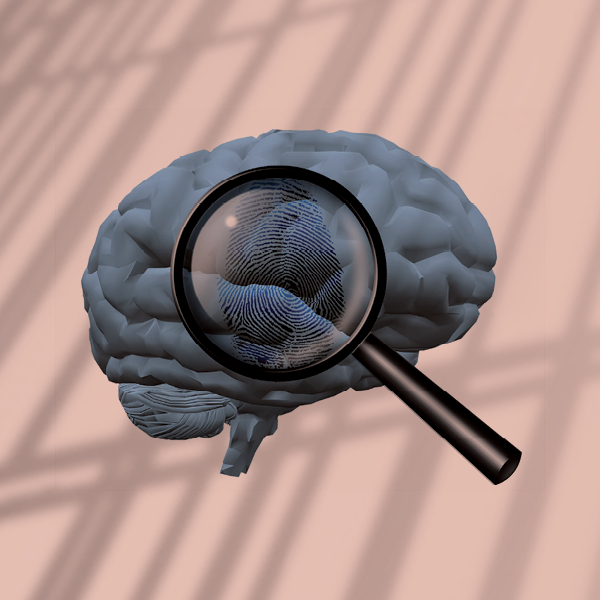 In recognition of Petreca’s groundbreaking academic work, the Massachusetts Department of Mental Health (DMH) Jail/Arrest Diversion Grant Program has awarded him and his team funding for their research project “Exploring the Biopsychosocial Factors in Diversion to Other Treatment-Based Alternatives.”

In this project, which will involve collaborations with police departments and practicing clinicians throughout the state, Petreca will assess, create, and investigate systems and strategies for delivering services that divert some people away from incarceration and toward community-based treatment when it is safe and effective to do so. If successful, he says, the project will help reduce the number of incarcerated people; improve the overall mental health of those diverted from jails and prisons; and promote public safety more effectively than the current system, which treats mental health disorders as problems of law and order.

Thanks to years working in Massachusetts jails and prisons, Petreca has seen the best and the worst of what the mentally ill encounter while incarcerated. As a forensic nurse, he performed psychiatric evaluations to determine each inmate’s mental health needs while in jail or prison. “It was my job to design a treatment plan,” he said. “And in many cases, I cared for them while in custody and then helped them to successfully reintegrate into the community.” 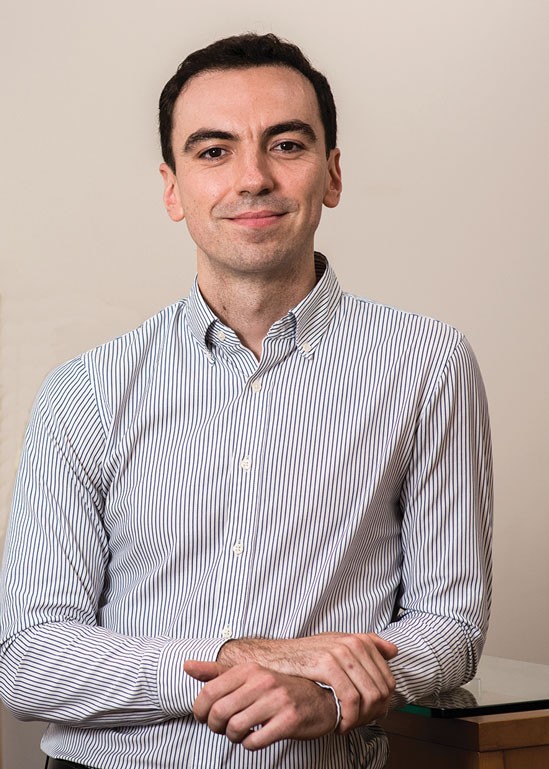 When the system works well, it can make a positive difference in people’s lives: for some, their first contact with the criminal justice system also marks the first time they’ve received adequate mental health care. “Sometimes people come in with something that wasn’t diagnosed in the community,” Petreca said. “I’m in a better position to help them because in a forensic setting I know what’s happening with them 24 hours a day.”

Indeed, for some people, this close supervision can be necessary for them to get effective care. “I had a patient on the psychopathic side of things who was pretending to be schizophrenic by talking to the wall,” Petreca continued, “but I knew something didn’t seem right. So, after the session, I went to the officer bubble, which has a one-way mirror, and there he was, chatting and playing chess. That’s an example of how this setting can allow for more diagnostic clarification.”

However, Petreca stressed that everyone who goes through the carceral system will face a common mental health challenge when they leave: learning to live with the social stigma that attaches to the incarcerated.

“People often ask me, Why do you want to help bad people?” he said. “But they’re not bad people, just people who are in need of care who might have done something bad—might have. Not all of these people are guilty—some of them are just accused. Even so, for many people who have spent time in jail, even being acquitted isn’t enough to reintegrate.”

Assistant Professor Victor Petreca has dedicated his career as a forensic nurse to meeting the distinct mental health needs of incarcerated people. His research is focused on preventing those at-risk—whose needs would be better addressed in other settings—from getting incarcerated in the first place.

In fact, as Petreca learned firsthand, this prejudice is common even among clinicians in ways that can have a deleterious effect on patient care. When he was a nursing student at Mass General Hospital Institute of Health Professions, he said, his fellow students were reluctant to work in the local jail. Luckily, their aversion made him want to work there all the more.

“I have always been the sort of person who, when everyone else wants strawberry, wants vanilla,” he said with a laugh. “All the same, when I arrived at the jail, I came to the realization that society had taught me to automatically reduce people to their charge.” 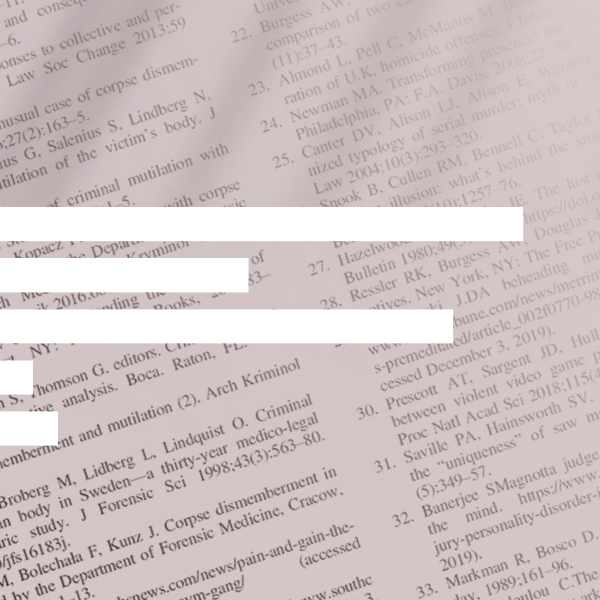 Society continues to reduce this marginalized population upon their release, and many feel they wear a scarlet letter for the rest of their days, no matter how well they behave. This problem is compounded by the logistical challenges many face upon release after a long sentence. “Some people don’t even know how to use cell phones when they’re released,” Petreca said. People who reenter society lacking such fundamental skills are more likely to struggle to establish stable, healthy lives.

So, after years as a forensic nurse, Petreca reached a simple conclusion: many of his patients who had been in jail because their mental illness was not properly managed in the community would have been better served if they had received compassionate care from the start instead of incarceration. But how could he tell which ones would respond to treatment and would not, if left at liberty, become repeat offenders and jeopardize public safety?

For about 10 years, the Massachusetts Department of Mental Health has experimented with alternatives to incarceration through its Jail/Arrest Diversion Grant Program. “The program focuses on developing and implementing different strategies to use when law enforcement comes in contact with a person experiencing a behavioral crisis,” Petreca explained.

For example, consider how a police officer might respond to an incident of rowdy public drunkenness. Traditionally, the police arrest the inebriate and the legal system sentences him and returns him to the community. “But then, of course, he gets drunk again in public and disturbs the peace,” said Petreca. The goal of the DMH’s program would be to find an effective alternative to arrest; for instance, rather than treat public drunkenness as a legal matter, the police might divert an inebriate elsewhere, such as a detox clinic. “This might actually address the underlying issue and stop the revolving jail door.” 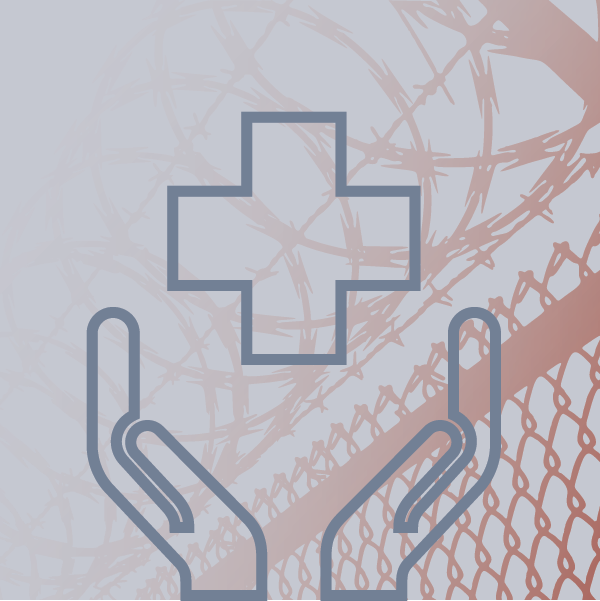 The DMH has experimented with many such programs to test new ways of responding to substance abuse, psychosis, and other conditions. However, the efficacy of these programs has largely gone uninvestigated. That’s where Petreca and his team come in.

“I got access to a lot of state data—nearly a hundred thousand cases’ worth,” he said. “But we just don’t yet know which programs work best for which circumstances. It might be an officer who has more training. It might be a clinician who accompanies an officer to guide them through the interaction to help get people the treatment they need. We have to analyze the data to find out.” 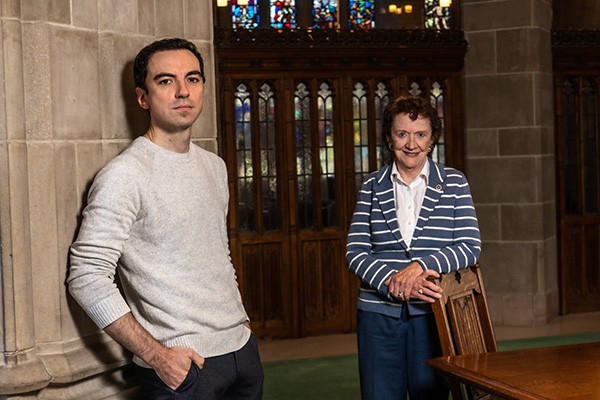 However, she emphasized that not all crimes necessarily lend themselves to incarceration alternatives—and that the public will have to learn more in order to trust these programs. “I think part of the job is educating the public about which aspects of the law are good for diversion,” she said. “Perhaps we’ll find that some crimes are good for that and some aren’t. The main thing is that you don’t generate repeat offenders. I think Victor will find out which programs are effective. He’s got a wonderful team; I can’t emphasize that enough.”

As he works to identify which people can be safely diverted from the carceral system, Petreca is more immediately concerned with a practical challenge: the volume of data he has received is so large that he will have to spend time organizing it before he can subject it to analysis. However, in this vast trove he sees as much opportunity as challenge: he expects the data to be so rich that he may wish to collaborate with the DMH for the rest of his career.

“In the end,” Petreca said, “all of this research really boils down to public safety. If I can develop any new knowledge that helps prevent someone from committing a future crime, people are healthier and we are all safer.”

“ Jail diversion is a very important issue in law enforcement and mental health. Finding effective ways of handling certain types of legal issues other than putting people in jail will make a big difference. ”

Ann Burgess, Professor, Connell School of Nursing
Back To Top
Back To Top