Generations of Grit: The Popolo Family

With his family, Joe Popolo, supporter of entrepreneurship and athletics at BC, picked up where his grandfather left off.

Eddie Connelly grew up in Charlestown. As a student at Boston High School of Commerce in the 1920s, he played football, starring on both the offensive and defensive lines. (Yes, he would be on the field for the whole game.)

“It was the leather helmets era,” says Connelly’s grandson, Joe Popolo Jr. ’89. “Playing both ways. It was brutal.

“And it was his dream to play football at BC.” He was ready—he's the one holding the ball in the photo above.

Connelly applied and was accepted to Boston College in 1929, but family turmoil forced him to decline the offer and become his household’s breadwinner. Connelly got a job at the U.S. Post Office, where he spent the rest of his career.

After years of hard work, Connelly (who was Popolo’s maternal grandfather) sent two of his seven children to Boston College. Then his grandson followed: Popolo earned a bachelor’s degree in finance from the Carroll School of Management before going on to lead The Freeman Company, which under his tenure grew into the world’s largest event marketing firm.

See the news article about the Popolo gift

Eventually, Popolo gave a boost to Eagles football by establishing the The Popolo Family Edward Connelly Football Scholarship as well as the Popolo Family Scholarship at the Carroll School. With those gifts, Popolo has helped out scholar-athletes in need, and he’s ensured that his grandfather’s love of BC athletics lives on.

But if Connelly’s choice of high school is any indication—Commerce High taught business skills to Boston teens in the first half of the 20th century—then another facet of his personality has found expression through Popolo’s latest gift: the Popolo Family Executive Directorship at the Carroll School’s Edmund H. Shea Jr. Center for Entrepreneurship.

“I don’t believe we can leave it to chance that the next generation of entrepreneurs will miraculously appear,” says Popolo, who was the 2013 Ernst & Young Entrepreneur of the Year for the Southwest Area North region.

That’s not to say the Popolos have forgotten about athletics. Connelly might be heartened to learn that his great-granddaughter is a BC athlete: Popolo’s daughter, Kit ’20, wears the maroon and gold as a member of the Eagles varsity rowing team.

“Boston College,” says Joe Popolo, “is a special place to our family.” 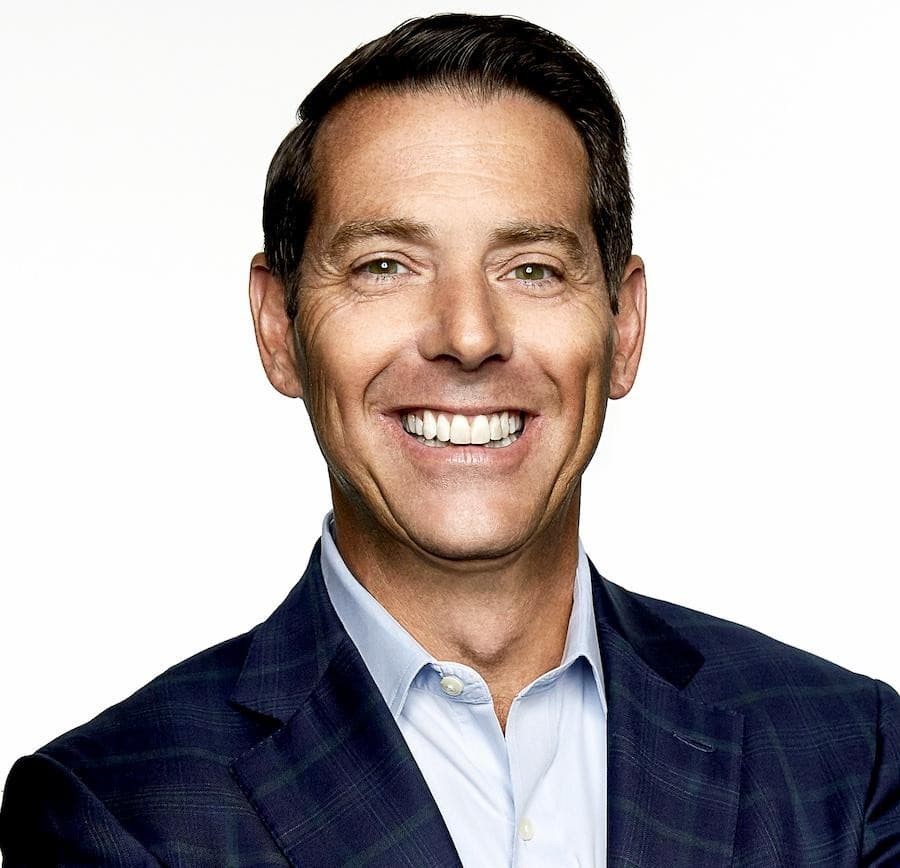 BC and business in the blood

As it happens, Popolo’s BC heritage lies on both sides of his family. His father, Joseph V. Popolo Sr., earned an M.B.A. from the Carroll School in 1967. The younger Popolo learned about entrepreneurship by watching his father grow his computer hardware company, Misco, and then sell it to Gillette. Popolo Jr. even worked in a Misco warehouse, one of several jobs throughout his high school and college years.

“I was a busboy, a waiter. I mowed lawns, I worked construction—you name it,” Popolo recalls. “I was always very motivated to work and to get my life going and get ahead.”

At Boston College, Popolo found the instant camaraderie that often comes with a freshman year on Newton Campus. “I don’t want to say ‘misery loves company,’” he jokes, referring to the shared experience of daily bus rides to the main campus, “but a sense of community, absolutely.”

Popolo and friends played squash and intramural football, among other extracurricular activities. “A big part of college is learning how to socialize and to mature,” he says. “I did a lot of the former and a bit of the latter!”

Popolo took his studies seriously, too, and he thought hard about business and its place in the world. Faculty such as David Twomey, professor of business law and society, and Richard Tresch, (since retired) professor of economics, “helped shape my view that free markets, property rights, and free people protected by a fair legal system are necessary ingredients for a prosperous and just society,” Popolo says. “When you combine that with the Catholic, Jesuit ethos of Boston College, it made for an incredible four-year experience.”

A few years after leaving the Heights, Popolo married Chris Freeman, daughter of Don Freeman. Then after Popolo earned an M.B.A. from the University of Chicago’s Booth School in 1997, his father-in-law hired him as assistant treasurer at Freeman, the family business, based in Dallas.

All Set for the Elevator Pitch

Joe Popolo Jr. ’89 will be there with his family, serving as a judge and announcing the winners. Carroll School John and Linda Powers Family Dean Andy Boynton will deliver remarks as part of the celebration, along with Popolo Family Executive Director Jere Doyle ’87.

Registration and other details at the BC Event Calendar

Don Freeman’s father, Buck, founded the company in the 1920s as an undergraduate student at the University of Iowa, where he decorated fraternity and sorority parties. By the time Popolo came on board, Freeman was already a major player in convention and trade-show logistics—the Consumer Electronics Show is one high-profile client. But after Popolo worked his way up to CEO by 2008, the company went global, expanded into creative and brand experience services, and became the world’s largest event marketing company, with $3 billion in revenue.

That growth was not assured, coming as it did during an economic downturn. “We’ve more than doubled the business since 2009,” says Popolo. “When the market tanked, when the credit markets were frozen, when there was not a lot of appetite to make bets. But the family backed our team on significant investments that paid off.” Earlier this year, Popolo stepped down as CEO and continues to serve on Freeman’s board of directors, chairing the finance committee.

The plaudits Popolo received for bringing an entrepreneurial spirit to a large, established, family-run company caught the attention of Jere Doyle, who has run BC’s Shea Center since its launch in 2015. Doyle invited Popolo to help judge the Strakosch Venture Competition in 2018.

“I was so impressed by how much work the kids had put into their pitches,” Popolo recalls. The experience spurred Popolo to make the gift to name Doyle’s position.

Of course, Popolo is highly impressed by one BC student in particular: his daughter Kit. With a dual concentration in finance as well as accounting for finance and consulting in the Carroll School, plus a minor in art history in the Morrissey College of Arts and Sciences, Kit has been a Portico TA and a Jenks scholar, and she counts internships at Freeman as well as ADM Capital in Hong Kong under her belt.

“She has had an incredible academic, athletic, and spiritual experience at BC,” says Joe Popolo of his daughter. 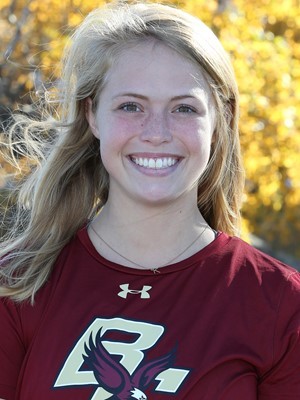 As a varsity rower, Kit Popolo has helped power boats to the Grand Finals of the Cooper Sprints and a first-place finish at the Green Monster Regatta, among other showings that would likely make Eddie Connelly proud. Joe Popolo is a longtime season ticket holder for Eagles football, as well as a fan of Eagles basketball and hockey, and those are “still three of my favorite teams in any sport,” he says, but “now women’s rowing is my favorite!”

To recognize the Popolos’ commitment of time and resources to all those programs over the years, the BC athletics department conferred on Joe Popolo the 2018 John P. Curley Award, which honors an outstanding volunteer and supporter of BC athletics.

“Given BC’s academic requirements, and the fact that we ask athletes to be part of the BC community, not separate from it, we know Martin [Jarmond, Boston College’s William V. Campbell Director of Athletics] and our athletics staff have work to do that most schools don’t,” says Popolo. “BC athletics are a passion of ours and we are lucky to be able to help support our teams.”

Reflecting on the life story and legacy of Eddie Connelly, Popolo says, “My grandfather was a truly great man.” And though Connelly never made it to the Heights as a student-athlete, his progeny have done so in the 21st century—not only Kit, but also her younger brother Buck ’23, who is enrolled at BC this fall and hopes to join the men’s club cycling team.

“We are so proud of him as well,” Joe Popolo says of Buck, “and know he will carve his own path at BC.”

Then—who knows?—the youngest Popolo, Connor, may not be far behind.