Can Management Help Save the Church?

Management Professor Urges Taking a Hard Look at Rewards and Punishments, and Other Systems 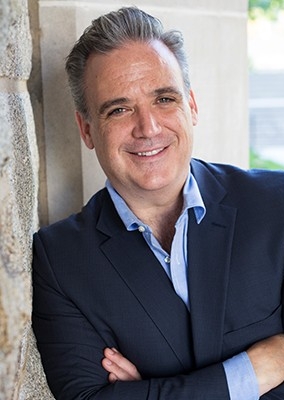 It’s a striking statistic: Catholic colleges and universities educate just 10 percent of all college-age Catholics, but the graduates go on to account for 40 percent of active parishioners, and 70 percent of all financial contributions to the Church.

That’s according to pastoral research cited by Michael Pratt, the Carroll School’s O’Connor Family Professor of Management and Organization. “As a return on investment, that’s pretty good,” Pratt said at an April 29 panel discussion in Devlin Hall, sponsored by Boston College’s Church in the 21st Century Center, or C21.

Pratt lent an unmistakable management perspective to the forum, titled “Revitalizing Our Church: Ideas from Professors in the Pews.” The other two panelists hailed from theological realms: Professors Hoffsman Ospino, associate professor of Hispanic ministry and religious education (School of Theology and Ministry), and Kristin Heyer, a professor of Christian ethics (Theology).

The ongoing clergy sexual abuse scandals in the Church served as a distressing backdrop to the discussion. After the other panelists spoke of how the Catholic Church is at a critical turning point, Pratt said, “I tend to see the issues in the Catholic Church organizationally.”

Offering a reality check on the likelihood of swift change in the institutional Church, Pratt noted that even relatively young organizations that he has studied and advised would need about two or three years to undergo a cultural change. “Imagine organizations that are thousands of years old,” he said, referring to Roman Catholicism. “It’s a big challenge, a big ship to steer.”

Still, Pratt alluded to what many see as the Vatican’s glacial response to fresh revelations of sexual abuse in the Church, and shared advice he’d give to any organization in crisis. “Sometimes any action is better than no action. It may not be perfect, it may be flawed, but it’s better than taking a year or two to figure out what’s the most proper response,” he said later on, during the Q&A.

Beyond crisis management, the Church also needs to look at its system of rewards and punishments, said the professor, whose research has focused on how individuals connect with their work and organizations.

Citing the example of Catholic priests, Pratt pointed out that the Church serves as a near “total institution” for the ordained—providing their food, clothing, shelter, and a paycheck, while serving for many as their family. “Priests are in a difficult bind,” he said. “Can you imagine how difficult it is for a priest to be a whistleblower? You lose everything you have.” He added in an interview that the Church needs to somehow provide clergy with incentives to report wrongdoing by fellow clerics.

“Priests have a high degree of power in the Church, and very little accountability to the people in the pews,” said Pratt, who is a parish council member of St. Ignatius Church, adjacent to Boston College. “It’s a recipe for disaster. The ingredients are there.”

In addition to a “fundamental cultural change” in the Church, restoring trust is what’s most needed, he explained. Pratt mentioned his three high-school-age children—“They’ve only known the Church in crisis,” having grown up in the wake of abuse scandals that first erupted nationally in 2002. And building trust is hard enough with millennials, because they’re “less connected to institutions in general,” he told an audience of around 100 students, faculty, staff, and members of surrounding communities.

Listening to the faithful can go a long way, and in fact has helped renew relationships at St. Ignatius Church, according to Pratt (the parish held listening sessions with different groups of parishioners over the past year). Greater transparency is a must (“we live in an age when people expect it”). Better marketing and communication would also help: Pratt said too few Catholics realize that the Church even adopted what he described as “piecemeal” reforms following the original cascade of scandals (such as removing accused priests from ministry), and new cases of reported abuse have dwindled since then.

A “Trustee” Model for the Church?

Moderating the panel was Karen Kelly Kiefer, director of C21. Pratt is a member of the organization’s advisory committee, and he recently participated in a summit called by the Leadership Roundtable, a national organization that seeks to connect Church leaders with lay expertise in management, finances, communications, and related functions in the Church.

In other settings, Boston College President William P. Leahy, S.J., has suggested that the Church might want to consider the “trustee model” in use at Catholic colleges and universities. In other words, primarily lay boards of trustees would oversee the managerial aspects of running Catholic dioceses, parishes, and other institutions. Pratt has picked up on the notion, saying such boards could handle parish budgets and human resources, for example, while leaving sacramental and similar religious duties to the clergy.

“Priests aren’t trained in seminary to do everything, and they shouldn’t be,” Pratt observed in the interview. “On top of that, we have a shortage of priests, so we should be asking what tasks they could give up, and let priests do what they do best.”