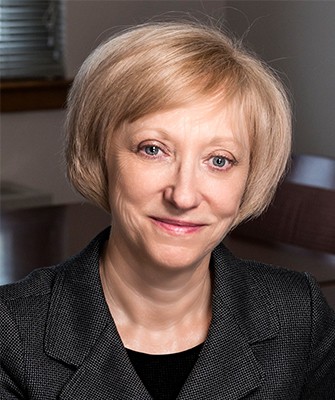 Field was named the 2018 co-recipient of the Dennis E. Grawoig Distinguished Service Award, named for a founder of the 50-year-old Institute. The other scholar so honored at DSI’s November 18 annual conference in Chicago was Morgan Swink of Texas Christian University.

This is a “highly competitive distinction” awarded to those who have made a “continual impact on the Institute and the disciplines” it serves, said the organization’s president, Johnny Rungtusanatham of Ohio State University.

“DSI has been a major contributor to all aspects of my professional development—publishing, teaching, and service—and I am delighted to have been chosen to receive this award from among the many colleagues who have also contributed so much to DSI,” said Field, whose two decades of involvement in the Institute have included roles as associate editor of Decision Sciences Journal, the Institute’s flagship journal, as well as vice president and president of the DSI Northeast region.

Field’s own research has focused on the design and management of processes to improve operations, which dovetails closely with the Institute’s mission to improve decision making about such matters as operations performance. In 1998, she also won DSI’s doctoral dissertation competition, and three years later received the organization’s Best Theoretical/Empirical Paper Award.