What TSA Agents Can Teach Us 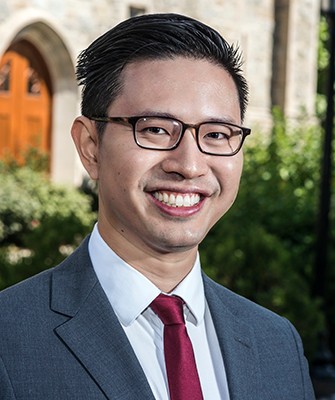 ’Tis the season to be not so jolly about long, stressful waits at airport checkpoints, and holiday travelers might be tempted to take their frustrations out on Transportation Security Administration workers. These travelers should hear what Curtis K. Chan (Management and Organization) has learned about the work woes of TSA screeners.

Chan has conducted a number of qualitative studies of how people experience and interpret their working conditions, and much of his field research has focused on TSA workers as well as their managers. His case studies involving the TSA, co-authored with Michel Anteby of Boston University, have appeared in top scholarly journals such as Administrative Science Quarterly and Organization Science, published by the Institute for Operations Research and the Management Sciences.

Air travelers may have the unsettling sense of being closely monitored, but so do security officers. Just before Chan and Anteby began their study in 2011, the TSA installed closed-circuit television cameras at all checkpoints—to keep watch on the officers. The agency took these measures not for reasons of national security, but in response to complaints by thousands of passengers that their checked-in bags went missing during screenings. Management suspected that airline staff (not part of TSA) were the more likely culprits but went ahead with the surveillance anyway.

Soon, the TSA’s use of the monitoring expanded. “Workers believe that managers tended to go looking for anything they’d consider to be misbehavior, like reading a newspaper or checking your phone,” said Chan, who based his research on interviews with 89 TSA employees and their managers at what is identified in the paper simply as a “large urban airport.” Workers didn’t like it. “Many of them told us, ‘It feels like Big Brother is watching every little thing we do.’”

Chan said the screeners also kept saying something that seemed puzzling at first—that they were almost never noticed. As he and his co-author came to realize, the agents were making a distinction between being “seen” and being “noticed.” Chan explained that although they felt constantly watched, the workers also felt as if they were “no longer noticed as distinct and unique individuals—as a person at work.” He added, “They believed they were being watched for the kinds of things that could get them and anyone in trouble, but not for the good things they do, like helping a passenger at a stressful moment.”

Learning from the TSA agents

In their paper published this past spring in Organization Science, Chan and Anteby say the workers responded to the surveillance by engaging in what the researchers call “invisibility practices.” The screeners took longer breaks and made extra trips to the bathroom, for example, just to sidestep the surveillance. They also increasingly avoided interactions of any kind with supervisors, believing that it was best to tread below the managerial radar.

The response by management was to ramp up the monitoring, thus triggering what Chan and Anteby describe in the paper as a “cycle of coercive surveillance.” In such a cycle, mistrust “spirals out of control,” said Chan, an assistant professor who earned his Ph.D. in organizational behavior at Harvard in 2017.

The study is focused squarely on the screeners and their work environment, not on the passenger experience. But when asked about the travelers, Chan said in an interview, “It’s understandable that they would be frustrated waiting in line, but they should know that being a TSA officer is a hard job, harder than it seems.” He pointed to a scenario in which travelers lash out at the officers, who, in turn, respond in kind—triggering yet another cycle of stressful interactions at airports.

And what about the managers—not just at TSA but other companies that have increasingly resorted to surveillance of their employees?

Chan urges managers to be more mindful of the self-fulfilling cycle described in the paper, in which surveillance is interpreted by workers as coercive, leading to the invisibility practices, which then serve as a justification for further surveillance. He said managers could ask themselves simple questions like, “Why are we doing this? What is the goal? And are we achieving our goals?”

He added, “Managers can also give workers a reason to interpret their surveillance positively.” For example, management could initiate a dialogue with employees about the purposes of monitoring them, and it would help greatly if one real purpose was to develop their abilities as individual workers, according to the research.

“Not all organizations get stuck in this cycle, of course,” Chan and Anteby wrote this past April in Harvard Business Review. “And if managers can recognize upfront the unintended consequences of increased surveillance, they might help derail these dynamics. But they should expect that increased surveillance may also fuel the occurrence of invisibility practices.”

Meantime, companies and everyone else can learn from the TSA workers, Chan and Anteby say in their paper, “A Self-Fulfilling Cycle of Coercive Surveillance: Workers’ Invisibility Practices and Managerial Justification.” The authors write: “They can teach us what the experience of coercive surveillance might look like for other workers and why such surveillance is likely to continue spreading.”