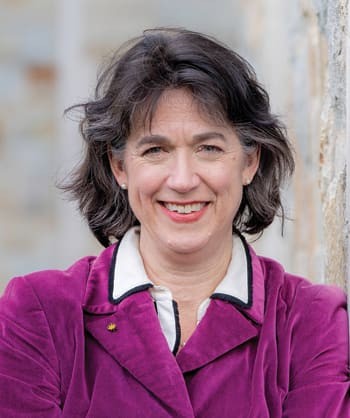 Conevery Bolton Valencius (CON-a-very va-LEN-chus) works on the history of environments, health, and energy. She earned a PhD in the History of Science from Harvard University in 1998 and was a Fellow of the Radcliffe Institute for Advanced Study in 2016. She has earned awards from the Society of American Historians and the History of Science Society. In February 2022 she was named a Fellow of the American Association for the Advancement of Science.

Valencius is the author of two books: The Health of the Country: How American Settlers Understood Themselves and Their Land (2002, Basic Books), which won the 2003 George Perkins Marsh Prize from the American Society for Environmental History, and The Lost History of the New Madrid Earthquakes (2013, University of Chicago Press).

Valencius is currently finishing a book about earthquakes and contemporary US energy which she is co-writing with science journalist Anna Kuchment of the Boston Globe. Her recent projects include a history of the Cape Ann earthquakes, an article about the influential 1927 World War I film Wings, and descriptive panels for the newly-donated Lynch Collection artworks soon to be installed at BC’s McMullen Museum.

Along with two scientist colleagues, Valencius recently received a grant from BC’s Schiller Institute for Integrated Science and Society to study the history and impact of injection wells, a waste-disposal technology linked to induced earthquakes.

Valencius teaches fabulous BC undergrads in courses including “Powering America,” a six-credit Core course on the history and technology of US energy systems which she co-teaches with two scientists. Her other courses include “Leeches to Lasers: Health and Medicine in the US” and “This Land is Your Land: US Environmental History.” She is co-convenor of the “Bodies and Places” grad/faculty working group in the History Department and works to support the energetic programming of the Program in Environmental Studies and the Schiller Institute.

“The Health of the Country:” How American Settlers Understood Themselves and Their Land.  (Basic Books, 2002).  2003 George Perkins Marsh Prize and the 1999 Allan Nevins Prize.

“John Winthrop’s Lecture on Earthquakes (1755) and ‘Pestilential Distempers’ Caused by Environmental Disruption,” in “The History of Contagion in Harvard Library Collections,” a project responding to the COVID pandemic (July 2021).

Science in Early America: Print Culture and the Sciences of Territoriality, with David I. Spanagel, Emily Pawley, Sara Sidstone Gronim, and Paul Lucier, Journal of the Early Republic, 36, no 1. (Spring 2016): 73-123.

Accounts of the New Madrid earthquakes: personal narratives and seismology over the last two centuries, in Deborah R. Coen, ed., Witness to Disaster: Earthquakes and Expertise in Comparative Perspective, special issue of Science in Context, 25, no. 1 (February 2012): 17-48.

Sacagawea’s “Cold”: Pregnancy and the Written Record of the Lewis and Clark Expedition, with Peter J. Kastor, Bulletin of the History of Medicine 82 (Summer 2008): 276-310.   Awarded the 2012 Awarded the 2012 History of Science Society Margaret Rossiter History of Women in Science Prize.

“Getting Sick and Getting Well: How Americans Have Understood Disease and Health,” COVID-era conversation with Patty Limerick at Colorado’s Center of the American West, 1 Oct 2020.