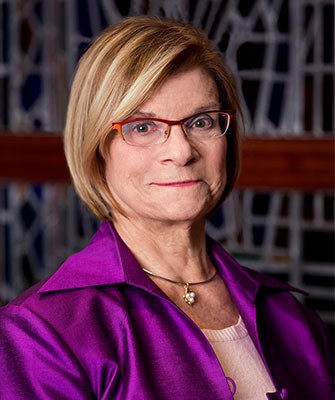 Susan Gennaro, Ph.D., RN, FAAN, is a professor at the William F. Connell School of Nursing, and was the school's Dean from July 1, 2008 - June 30, 2021. Dr. Gennaro was previously the Florence and William Downs Professor of Nursing Research at the College of Nursing, New York University, and has also served on the faculty of the schools of nursing at the University of Pennsylvania, University of Alabama in Birmingham, and Medical University of South Carolina. She is an internationally known perinatal nurse researcher who has helped to change perinatal nursing practice based on her work on the antecedents and consequences of stress in families with preterm infants. This work has been funded by the National Institute of Nursing Research, the Office of Women’s Health Research, and Sigma Theta Tau International.

Dr. Gennaro’s research has been conducted in Malawi and Uganda as well as in the United States. Gennaro has served as a grant reviewer for Sigma Theta Tau International and the Association of Women’s Health, Obstetric and Neonatal Nurses (AWHONN); she was a member of the permanent study section in nursing at NIH; and she served on the National Advisory Council for NINR from 2012–2016.

Co-Principal investigator of an RO1 grant sponsored by the National Institute of Minority Health and Health Disparities at NIH. This grant is a randomized trial investigating interventions to improve mental health and promote healthy lifestyle choices among minority women who have increased anxiety, stress, or depression.