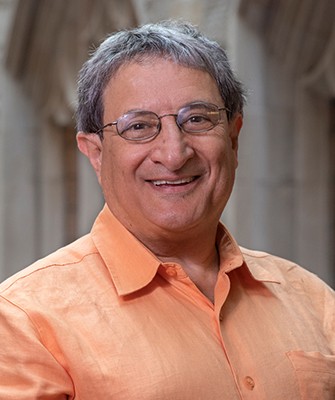 Dr. Jeffrey Cohen's major research streams are in the areas of corporate governance, auditor independence, corporate social responsibility and in accounting and business ethics. His work is behavioral based using controlled experiments, surveys, and interviews. Jeff has approximately 35 LFT (London Financial Times) ranked publications with approximately 20 of them coming just since 2010, and he also has close to 6,000 google scholar citations since 2016.

He has been a recipient two separate times of the Notable Contributions to Auditing Literature Award as well as twice receiving the Innovations in Auditing and Assurance Education Award. In 2017, he was recognized as the outstanding auditing educator by the American Accounting Association’s auditing section. He also was the recipient in 2019/20 for the  Glen McLaughlin Prize for Research in Accounting Ethics.

He believes that our distinctive competency as educators is to create a culture where we constantly raise questions. As Tolstoy once wrote, "The only thing that we can know, is that we know nothing and that is the highest flight of reason."

He is currently an Editor at Contemporary Accounting Research. He has previously served as both Senior Editor, Consulting Editor, and Editor at Auditing: A Journal of Practice and Theory and an Associate Editor at Accounting Horizons and for two terms at Issues in Accounting Education. He also ran the 2014 Doctoral Consortium for the Auditing section of the American Accounting Association.