More trouble at the UAW: A federal corruption probe of the union appears to be expanding

Locke P’18: SUGSE, AFT: Live up to the Pre-Election Agreement

A letter from Provost and Dean of Faculties David Quigley

It’s been over a year since I wrote to you in the days leading up to the National Labor Relations Board-overseen graduate student election in September 2017.  At the time, I voiced concern about the potential consequences of the unionization of graduate teaching and research assistants. Our position remains that graduate student unionization in any form undermines the collegial, mentoring relationship among students and faculty that is a cornerstone of this academic community. Boston College continues to uphold this fundamentally educational relationship, which we believe is in the mutual best interest of students and faculty.

In the aftermath of a close election that favored union supporters, Boston College maintained its Request for Review with the NLRB in Washington, DC.   The United Auto Workers, however, withdrew their petition before the Board in February 2018, thereby nullifying the results of the September 2017 election.  In the six-plus months since the UAW decision to withdraw, we have seen other peer universities—including Chicago, Columbia, and Yale—join with Boston College in maintaining that graduate student unionization is a serious threat to our shared academic values and to our ability to advance our distinctive institutional missions.

Recent days have brought renewed calls by some graduate students for the University to recognize their right to establish a union and to enter into collective bargaining.  Several claims made by union activists and their supporters deserve to be challenged:

“Their stipends are lower than the cost of living”:  The University made investments this past spring to ensure that no doctoral stipend is lower than $20,000 for the 2018-2019 academic year, and these stipends will continue to increase in the future.  When combined with other benefits and full tuition remission, the University’s combined financial investment in its funded doctoral students exceeds $40,000 annually for each entering first-year student.

“Most have no healthcare”: Funded doctoral students are eligible to participate in the Boston College student health plan, in which the University provides 100% of the premium.  By comparison, Boston College covers approximately 75% of employee premiums, meaning that employees pay, on average, 25% of their premiums.

“When sexual assault and harassment occur in the workplace the grievance procedure is unclear and inconsistent”: The University provides graduate students with clear avenues for reporting sexual misconduct through both the University’s Discriminatory Harassment Policy (for complaints against faculty and staff) and the Student Sexual Misconduct Policy (for complaints against other students).  All members of the University community are made aware of these policies annually through the University’s Notice and Disclosures email.

Looking ahead, we commit to investing in focused excellence in graduate and professional education as part of our strategic plan, Ever to Excel: Advancing Boston College’s Mission. Doctoral students and their faculty have long made significant contributions to the University’s mission while enhancing our reputation nationally and around the world. We remain committed to quality graduate education and furthering Boston College’s mission, and we remain convinced that advances can best be made through ongoing, open dialogue, independent of a graduate student union. 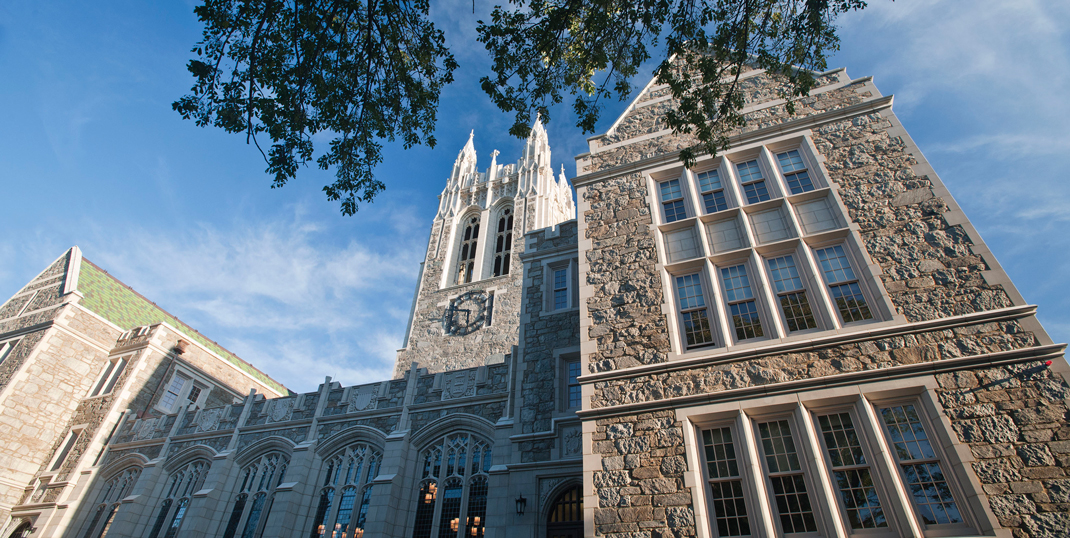 Letter from the Provost 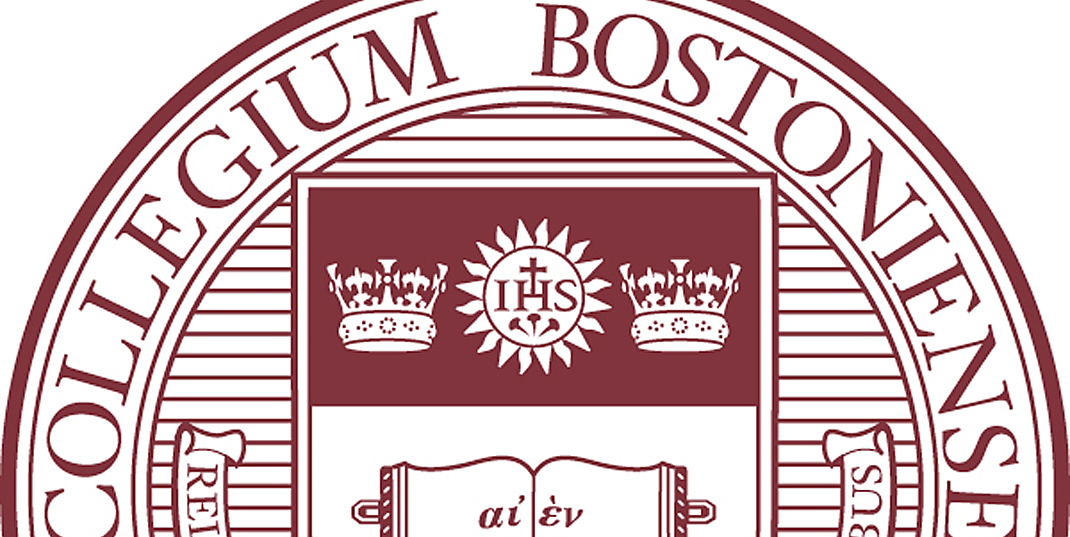 Q. How did this petition come about?

Q. What was Boston College’s response to the petition?

Q. Why is Boston College opposed to this petition?

Q. Why does Boston College believe that its graduate assistants are students and not employees?

Q. Is the University’s position at odds with Catholic Social Teaching regarding unionization?

Q. Boston College has stressed the importance of formation in its request for a religious exemption. Why is formation relevant in this case?

Q. What parallels can be drawn from disputes among other Catholic and faith-based institutions and the NLRB?

What are the next steps in the process?

A. Boston College presented its argument to the NLRB seeking an exemption from NLRB jurisdiction. The regional board of the NLRB has issued a decision in favor of the petition from the United Auto Workers to represent the BC graduate students. As a result, Boston College will consider all available legal remedies within the Board and through the federal courts.

Graduate Student Voter: What you should Know

Q. Why is attention being paid to graduate student unions at this time?

A. For many years, the National Labor Relations Board (NLRB) held that graduate student assistants at private universities such as Boston College are not employees entitled to unionize because their relationship with their universities was primarily an educational, not an economic one.  In the summer of 2016, in a decision involving Columbia University, the NLRB reversed that long-standing precedent and ruled that private university graduate teaching and research assistants are employees for purposes of the National Labor Relations Act (NLRA), and therefore, are entitled to be represented by unions if they so choose.  This FAQ attempts to answer the many questions that may be raised by graduate students and other members of our campus community.

A. A union is an organization that serves as an agent representing a specific group of employees. This group is called a “bargaining unit”. A union negotiates on behalf of a bargaining unit to establish collective terms and conditions of employment, such as pay and benefits. When represented by a union, no individual employee is permitted to engage in separate negotiations over their individual employment terms. Unions also represent their members when disputes arise over contracts governing their work. Often, larger unions also use their resources to participate at the state and federal level in lobbying to influence legislation and in political activity to influence elections.

Q. What is the United Auto Workers (UAW)?

A. The UAW is a labor union representing workers in the United States and Canada. UAW members work in industries as diverse as autos and auto parts, health care, casino gambling, and higher education.  It total, the UAW represents more than 400,000 workers, of which about 25,000 are in higher education. UAW’s main headquarters are located in Detroit, Michigan.

Q. What are union dues and how are they calculated?

A. Agency fees are the fees required by virtually every collective bargaining agreement to be paid to the union by employees who are represented by a union, but who choose not to be dues-paying members. If a position is covered by a union contract and filled by a non-dues paying graduate student, the non-dues paying graduate student will be required to pay an agency fee.

Q. Would all graduate students within the bargaining unit bound by the contract?

A. Yes. The union negotiates on behalf of all members of the bargaining unit. Even if a graduate student disagrees with the union or a provision in the contract, he or she is bound by it.

Q. How is an election conducted? Who should vote?

A. The NLRB oversees all aspects of the election. Voting booths are set up in an easily accessible campus location or locations, and those eligible to vote may cast a vote by secret ballot during specified hours on a specified day or days.

Every eligible person should vote because the election outcome is determined by the majority of those who vote, not a majority of those eligible to vote. Thus, union representation for non-voters will be decided by those who vote.  “Eligible voters” are employees who are part of the defined voting unit at the time of election. Status as a research or teaching assistant at the time of the election, not status as a graduate student, will likely determine voter eligibility in any potential representation election for BC graduate students.

Q. If a union wins an election, will graduate students’ stipends and teaching remuneration increase? What about benefits?

A. We do not know. In a unionized setting, wages, hours and other terms and conditions are subject to negotiation. Stipend levels, remuneration, and benefits may change; there is no guarantee that they will increase.

Q. What happens if the union decides to call a strike?

A. If the union calls a strike, union members could be fined by the union if found to be not in compliance with the strike action. Academic activities regarded as work by the union contract such as teaching and research would be suspended for the duration of the strike, which may delay a student’s time-to-degree or research agenda.

Q. Can faculty and students speak to one another about unionization?

Academic freedom allows all Boston College faculty to express their views on any and all subjects. As a practical matter, however, rules that generally govern communication between employees and their managers and supervisors must be followed by faculty when addressing union-related issues with student assistants. This does not mean the faculty cannot express their opinions about these issues. Members of the faculty have the right to express their opinion on these subjects as long as they do so in a manner that avoids what may be considered under the law to be “threats, interrogations, promises of benefits, or surveillance.”

“The Catholic Church has long supported the rights of workers to organize and engage in collective bargaining, and Boston College has a longstanding relationship with two unions that represent several hundred BC employees. As a Jesuit, Catholic university, however, we believe that respecting the rights of workers to organize does not require support for government control over matters involving our graduate students, and that religious freedom, guaranteed by the Constitution, assures the right of faith-based institutions to be free from government interference in our academic affairs. Throughout our 154-year history, Boston College’s commitment to student formation has been central to our mission as a Jesuit, Catholic university. We believe that everyone involved in teaching at Boston College—including graduate teaching assistants and research assistants—is directly involved in the formation of our students.”