Professor of the Practice of Music, Director of Undergraduate Studies; Interim Chair 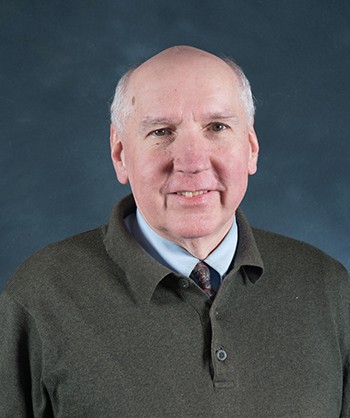 Jeremiah W McGrann is a musicologist and pianist. His dissertation on the sketchbook for Beethoven's Mass in C led to a commission from the Beethoven-Haus in Bonn to create the critical edition of the Mass in C, Opus 86 for the complete edition of Beethoven's works (Henle, 2004). He has written further on the Mass in C, most recently "'Aber lieber Beethoven, was haben Sie den wieder da gemacht': Observations on the Performing Parts for the Premiere of Beethoven’s Mass in C, Op. 86" in the Lewis Lockwood Festschrift The New Beethoven: Evolution, Analysis, Interpretation (2020). He has extended his work to write on the liturgical background of Haydn's late masses, a brief history of music at Boston College, and provided record liner notes for Penelope Crawford's recording of Beethoven's last piano sonatas (Musica Omnia 2010). He has lectured for the Handel & Haydn Society in Boston and at the European Music Festival in Stuttgart Germany and has spoken on a range of topics including Mozart, César Franck, music in Boston and other aspects of American music. He maintains a presence in the concert hall as producer and as a solo pianist, recently as accompanist in Beethoven's An die ferne Geliebte.

Musical Themes from the History of Boston College

The True Story of "For Boston"

Students Return a Forgotten Score to the Baroque Repertory