Using simple measures to determine appropriate pay for performance can be tricky. Should a CEO’s incentive compensation—for example, the bonus—be pegged to revenue or earnings growth, share price, or fuzzier metrics, such as customer satisfaction?

In public companies, the board of directors comprises various committees that monitor the board’s actions and make most of its decisions, including how to reward the firm’s top officers. Compensation contracts for officers like the CEO can differ based on who is on which corporate board committee. 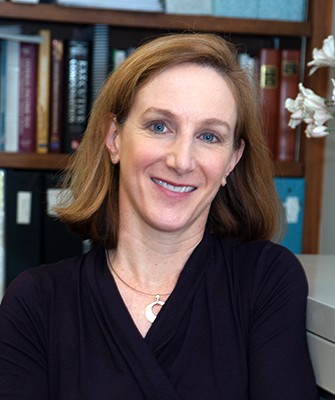 Recently, Carroll School of Management Professor Mary Ellen Carter (Accounting) and co-researchers examined board members who concurrently serve on two of the key committees, audit and compensation. Their key finding is that those committees make different decisions than they might have if there were no overlap. Specifically, the researchers identified a distinctive pattern: that when compensation committee members also sit on the board’s audit committee—which is the body accountable for accurate financial reporting—the CEO’s bonus is tied less to the firm’s earnings performance than to other metrics.

“The structure of board committees can affect how the firm is run. When compensation committee members, who determine the performance measures used in the CEO’s contract, also serve on the audit committee, the contract relies less on earnings-based measures,” wrote Carter and co-researchers Luann Lynch, of the University of Virginia's Darden School of Business, and Melissa Martin, of the University of Illinois Chicago.

Why does this matter? Quite plainly, “rewarding CEOs for higher earnings creates incentives to manage earnings,” the researchers say, alluding to accounting techniques that make financial statements look better. That in turn creates more work, in the form of monitoring, for the audit committee to make sure that the earnings weren’t manipulated, thus exposing the firm to regulatory action. Concurrently serving audit and compensation committee members are “sensitive to the need for additional monitoring required when performance-based pay creates incentives to manage earnings.”

Carter and colleagues considered whether it was simply the financial savvy of committee members, and not overlapping duties, that accounted for their influence on CEO bonus decisions, but concluded, “It is overlapping committee structure, not financial expertise residing in the compensation committee, that explains our results.”

The researchers discovered this pattern by analyzing data from more than 1,100 firms between 2006 and 2016, collected from the ISS Incentive Lab database, Compustat, CRSP, and BoardEx, as well as the ExecuComp Plan-Based Awards table. Their paper, “Board Committee Overlap and the Use of Earnings in CEO Compensation Contracts,” will be published in Management Science.

What are a firm’s alternatives when designing CEO pay? According to the researchers, committees with this particular overlap could place greater weight on non-accounting measures, such as customer satisfaction. On those boards, “Even when they continue to use earning measures, they appear to use measures less susceptible to manipulation,” says Carter, who is the Carroll School’s Ernst & Young Faculty Fellow.

The big takeaway is that assigning members to serve simultaneously on the audit and compensation committees will likely change how CEO compensation contracts are written, with less emphasis on earnings. As a result, shareholders may have greater confidence in the earnings reported by firms, since these contracts will tend to “reduce incentives to CEOs to fudge the numbers for their personal gain,” Carter points out.